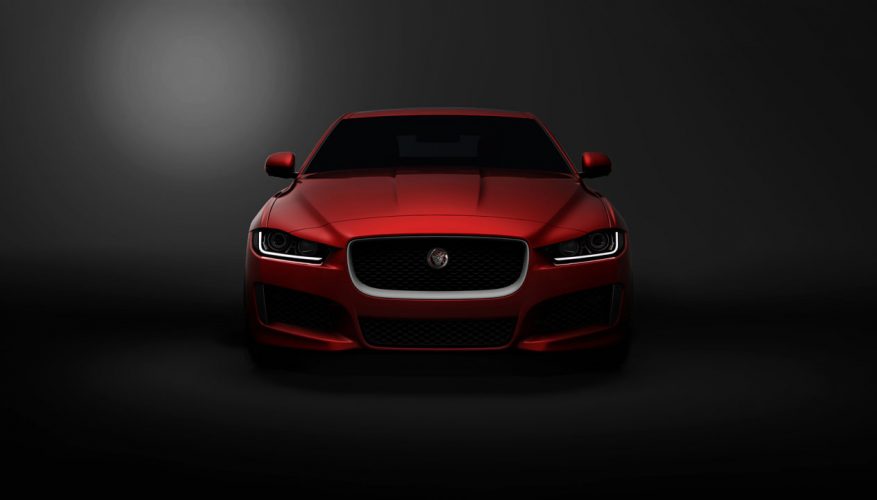 By: Trevor Hofmann
Just because you’ve tried something once and it was a colossal failure, doesn’t mean your next attempt won’t be a major victory.

This is the type of mantra people who can afford premium vehicles such as those sold by Jaguar repeat to themselves as they’re climbing their way up life’s ladder to success, and no doubt something similar to what the top execs in Jaguar’s boardroom kept reminding themselves of every time they contemplated their next compact model.

Then again, those now on Jaguar’s board are a completely different set of suits than the team responsible for conjuring up the 2001 to 2009 X-Type, a car with handsome albeit somewhat staid and predictable shrunken XJ styling mixed with Ford running gear. It was based on a modified version of the Ford CD132 platform that also underpinned the Ford Mondeo in Europe, Ford Contour, Mercury Mystique and Mercury Cougar in North America, and was related the Mazda6, while available in both four-door sedan and five-door wagon variations. Although it looked like a Jaguar and offered most of the features expected in its class, it didn’t exude the type of top-tier luxury feel expected of a Jaguar, nor did it perform up to class standards mostly due to its front biased all-wheel drivetrain (some markets even offered a front-wheel drive, four-cylinder variant).

That was then, this is now. Just unveiled, the British brand’s upcoming 2016 XE is preparing to take on the role of entry-level Jaguar, and by all counts it looks ready for the task. For starters, this little kitten pulls some of the nicer design cues from Jaguar’s current litter, while adding some of its own for a look that can’t be mistaken for anything other than a modern-day Jaguar, and a true beauty at that. Its not trying to look cute or playful, the new XE is all business and a bit of a badass to boot. Its wide, rectangular grille was introduced on the full-size XJ and more recently updated on the mid-size XF, whereas its long hood and fender vents appear inspired from the F-Type sports car. From profile, its steeply raked roofline pays homage to the XJ, albeit without that model’s unique glossy black C-pillars, while the new XE’s taillights seem to be influenced by the XF, although missing the bisecting chrome strikethrough. All of this elegant, curvaceous aluminum-intensive bodywork just happens to be as wind cheating as its lines suggest, the end result being a drag coefficient of only 0.26.

If you’re a Sith Lord (or a Mord-Sith), an AC Milan fan or perhaps cheer for the Ottawa Redblacks, Jaguar has your ride. The brand is initially previewing photos of the XE in its sportiest (so far) S trim, complete with a bold red on black motif inside, and while this might be right up some peoples’ alley it probably won’t work for the majority of luxury buyers. Only a lone shot of the XE’s rear seating area shows an alternative interior colour choice, cream perforated leather that looks very classy. And if that doesn’t work for you, take not that Jaguar will offer 10 ambient lighting colours to spice up the interior combination you choose.

Colours aside, interior photos show a car that’s richly appointed in the Jaguar tradition, or at least the modern Jaguar tradition. Along with the supple leathers, quality switchgear and beautiful handcrafted attention to detail that endowed Jaguar’s of the past, today’s Jags also benefit from clean, flowing interior design with purposefully minimal buttons, knobs and switches, superb infotainment (this model featuring Jag’s all-new “InControl” system), the coolest gear selector in the industry that rises up out of the centre console like a miniature “Yes – In The Round” stage, and in the case of this top-line XE S model, zero wood. Don’t worry British car traditionalists. Along with gloss black and textured aluminum trim offerings Jaguar will also make an assortment of contemporary wood veneers available.

X-Type aside, Jaguars have always been performance machines, and the new XE will be no different. Most who read these pages often should already be familiar with the company’s 3.0-litre twin-vortex Roots-type supercharged V6, an engine that’s already employed to power the base XF, XJ, and a variety of Land Rovers, Jaguar’s sister company. The XE will use the least powerful version of this mill for its most powerful S trim level, but again not to worry as this engine still produces a very eager 340-horsepower and 332 lb-ft of torque, making it capable of scurrying to 100 km/h in just over five seconds. A quick-shifting eight-speed ZF automatic takes care of gear swapping, with a tall final gear for an expected good highway fuel economy rating as well as a 250 km/h top speed. There’s no word as to what engine will power the inevitable XE R and RS versions, although it would be nice if they’ve left enough room under the “bonnet” for the brand’s wonderful 5.0-litre V8. Entry-level XE trims will be powered by Jag’s new “Ingenium” family of modular engines, with rear-wheel drive getting the nod over all-wheel drive, for now. The press release states that the XE’s modular architecture is “accepting” of all-wheel-drive systems, which is good news for the brand as some of its main rivals now sell more all-wheel drivetrains than rear.

As mentioned, the new XE is aluminum-intensive, which translates into meaning that its body skin, structural framework, chassis and most of its suspension components will be made from the lightweight metal, most of which is high-strength 6000-series alloy. Rather than the usual strut front suspension setup, the XE will get double wishbones at both ends, while Jaguar says the new model will be its first car to arrive with electric power-assisted steering – hopefully that’s good news.

If you like what you see but are stuck in a lease for another two years you’re in luck, because the new XE won’t arrive in North America until 2016 as a 2017 model. It’ll start rolling out of a new facility within the Land Rover Solihull plant sooner than that, mind you, with the Brits and others throughout Europe able to get their hands on one as early as next year.
©(Copyright Canadian Auto Press)
Car Shopping Tools