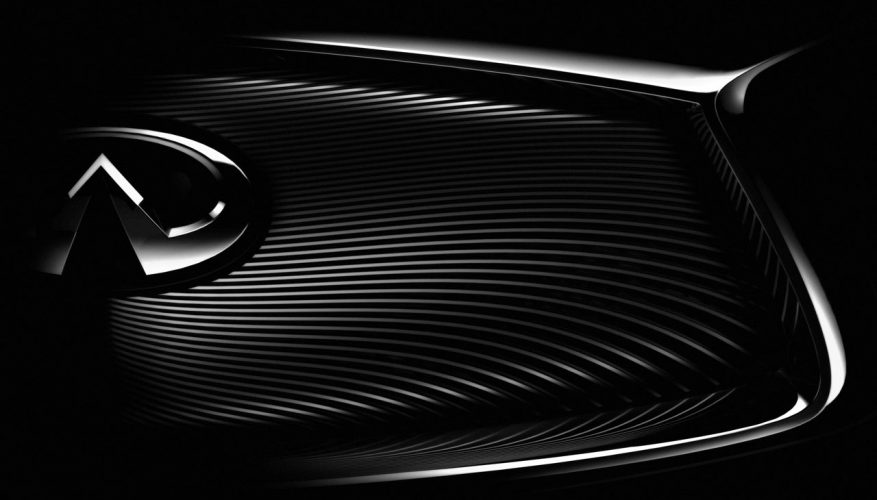 By: Trevor Hofmann
It was only a couple of weeks ago that we reported on a new Infiniti prototype that would be heading to the Paris motor show next month, but all the Japanese luxury brand had to show at the time was part of the grille, leaving us with little to talk about than speculation. Now we get a much more revealing teaser photo that at least let’s us know this won’t be a new flagship luxury sedan, but rather a super coupe or, by the length of its greenhouse, more likely a long and lean four-door coupe, in concept form at least.

Infiniti has named this “low-slung, ingeniously aggressive four-passenger fastback” the Q80 Inspiration Concept, and as long as they follow through on their promise that it “foreshadows an audacious top-of-the-line model” they’ll be able to truly stand behind additional words from their press release that say this “long-legged fastback proves that Infiniti intends to drive in and disturb the status quo.”

We love the bold words, but as for what “intuitive human-centric style and onboard technological ambition” means, we haven’t the slightest. We’re guessing that Infiniti intends more than a car specifically designed to accommodate humans, let alone a vehicle with ambitions of being technologically advanced. Odd language usage aside, without doubt we can expect even better quality interior detailing than the brand already offers in its current lineup, which should make it very impressive indeed, while it appears Infiniti plans to up the car’s technology beyond its current bevy of advanced infotainment features and leading-edge mechanical hardware.

When the apparently large Q80 Inspiration concept debuts in Hall 5 of the Parc des Expositions de Versailles in Paris on Thursday, October 2nd, we’ll be able to see just what Nissan’s luxury brand has in store for the very “peak of the Infiniti range.”