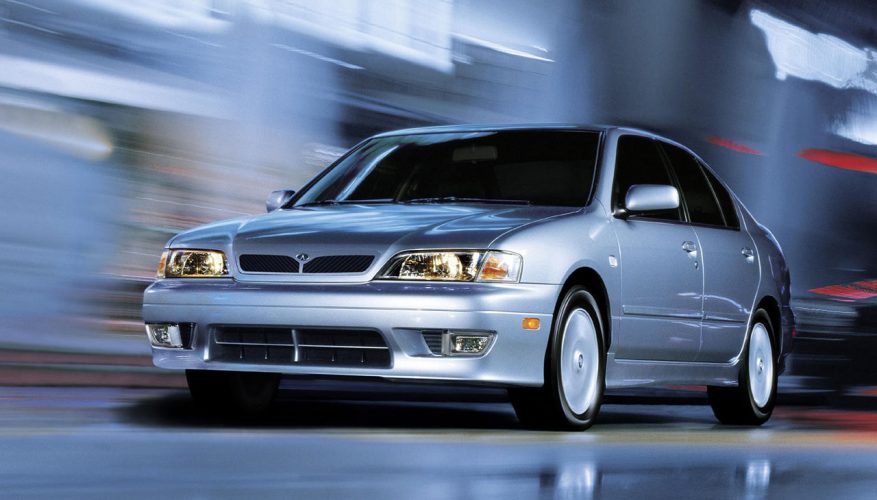 By: Trevor Hofmann
If you were to do a complete accounting of a given brand’s new vehicle lineup, you might be surprised at what they’re missing which would otherwise help them compete more effectively.

Cadillac and Lexus, for instance, don’t have seven-passenger crossover SUVs, whereas the latter is only just getting its compact crossover now and the former has nothing at all to offer. As for cars, Lexus does a good job in the full-size luxury sedan flagship department with its LS, but Acura’s RLX and Cadillac’s STX don’t quite measure up to the class leaders from Audi, BMW and Mercedes-Benz, while Infiniti’s Q70, its largest sedan, clearly battles it out in the mid-size luxury segment.

Why all this banter about “white” spaces needing to be filled? Because Infiniti’s latest teaser image gives us no clue as to what they’re planning to introduce next, but rather it causes us to speculate as to what the brand requires most.

The press release that accompanies the photo is quite witty, actually. Dubbed, “INSPIRATION À LA INFINITI,” the Hong Kong based company talks about “Style and substance that push any pre-conceived limits,” adding that, “Soon, Infiniti will share a vision, its soul, on a scale not seen before from the company.” It cheekily comments on the rather esoteric photo by saying, “For now, this. For more − À bientôt.” Of course, most Canadians know this final comment translates from French to mean, “See you soon,” which we have oh so cleverly deduced must refer to Mondial de l’Automobile 2014… er, the Paris motor show that takes place in October.

The teaser photo captures a small portion of Infiniti’s now trademark grille with a slightly different wave-like mesh insert, although from what can be seen it’s impossible to know the exact model it belongs to, or even what segment the new model, or concept might occupy. We’re pretty confident that it’s not a new crossover or SUV, as Infiniti has these bases covered thoroughly. It currently does an excellent job in the seven-passenger SUV segment with what is arguably the best value available in its QX60 and QX60 Hybrid models, while its QX50 fills the just-over-compact segment dimensionally, although it needs a facelift to blend in with the rest of the updated lineup. The Japanese luxury brand completes its current crossover lineup with the five-seat QX70, its sportiest CUV offering. In the not-too-distant future the QX30 compact crossover will join Infiniti’s ranks to go up against BMW’s X1 and others, which will then fully complete its menu of crossovers, while the range-topping QX80 off-road capable SUV gets a refresh for 2015.

As for Infiniti’s car lineup, there are some holes that need to be filled. The new Q50 is doing a fine job fighting it out with BMW’s 3 Series and the like, while a newly refreshed 2015 Q70 means this mid-size four-door won’t likely get another update until 2017 at the earliest. As for the Q60 coupe and convertible models, updates won’t come until 2016. This leaves the longstanding requirement of a full-size replacement for the long-gone Q45, the car that initially gave Infiniti bonafide premium brand status as it rolled into the segment in 1989, but a model that left the brand in 2006 due to stagnating sales. Many critics say that Infiniti needs a full-size V8-powered flagship to be taken seriously in the premium sector, and while this may be true, such a car will be an image-building slow seller at best. Rather, Infiniti’s hint of “a scale not seen before from the company” can only mean that it plans something much larger than the old Q45, or a smaller four-door sedan than the Q50 (or if they’re talking about a different scale than they’ve ever produced, something smaller than the old G20).

Such a move would make sense for a number of reasons. First, Infiniti won’t necessarily be helped by a slow-selling image building car that requires advertising dollars and its dealers need to stock, but rather another lower priced entry-level model to get Nissan owners and other premium buyer wannabes into their dealerships in order to start the Infiniti ownership cycle, which will hopefully have them trading up through the brand’s lineup as they age and grow more successful. Second, Infiniti is already getting ready to launch two compact models in the Q30 fastback model and QX30 crossover, so a small sedan based on the same architecture would be prime to go up against the new Audi A3 and Mercedes-Benz CLA.

Another possible model would be a four-door coupe, a new segment that is growing in popularity and fits Infiniti’s performance image to a tee. Performance in mind, the premium brand has been teasing us with gorgeous supercar-like sport coupes for years, so something along the lines of the beautiful 2009 Essence coupe or more exotic 2012 Emerg-E could be on the way. As pretty as these two concepts were, Infiniti doesn’t need another concept right now. Certainly a prototype to a future model would be acceptable, but the brand needs to introduce something its dealers and customers can sink their teeth into, something Infiniti fans can get truly excited about.

Truth be told, Infiniti is planning to grow its portfolio by 60 percent over the next five years, so another small car and a full-size flagship sedan are more than just possible, they’re likely. No doubt, Infiniti is planning to fill other niches as well, such as the four-door coupe segment just mentioned, while offering up something more fully electrified than its current crop of hybrids.

Of course, it’s altogether possible that Infiniti isn’t talking size at all when referring to scale, but rather a new level of quality and craftsmanship. If this is true, a full-size luxury sedan just might be in store sooner than later. How they love to tease us…

For now we can only speculate, as the photo doesn’t lend itself to any specifics. We won’t know all of the details until the first week of October, but keep watching these pages just in case Infiniti decides to enlighten us more fully.
©(Copyright Canadian Auto Press)
Car Shopping Tools