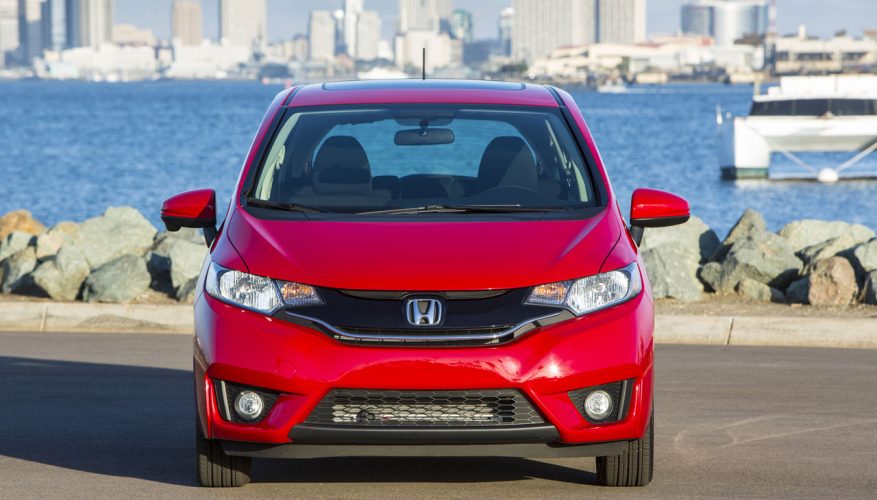 By: Trevor Hofmann
With the advent of the sub-$10k Nissan Micra ($9,998) and the nicely priced Mitsubishi Mirage ($12,498), you wouldn’t be out of line to think that Honda might drop the price of its all-new subcompact Fit in order to make it more competitive, but the mainstream Japanese brand also knows its Fit has a strong, loyal following who are willing to pay more for the car’s many attributes.

The Canadian price of the base 2015 Honda Fit DX will be set to $14,495 plus freight and pre-delivery prep when it debuts next month, and the Fit’s many attributes continue to include the most flexibly utile interior in the entire subcompact segment, much thanks to a deep load floor (the gas tank is in the middle of the car, not the back) and the car’s innovative Magic Seats. Honda claims best-in-class cargo with the rear seats laid flat.

For 2015 it will also be one of the sportiest models in the subcompact class thanks to a standard 130-horsepower 1.5-litre four-cylinder engine, which Honda promises to be more fuel-efficient too. Additionally, the Japanese brand says the new car’s on-road dynamics are sportier, no doubt talking about models with the new six-speed manual gearbox. Optionally, a continuously variable transmission (CVT) replaces the old five-speed automatic, the latter aiding fuel economy that’s now rated at 7.0 L/100km in the city and 5.7 on the highway (based on the new much more realistic five-cycle Transport Canada test).

Another Honda promise is greater interior refinement, something that’s occurring across the entire subcompact segment. Along with this, Honda has increased rear seat roominess with an additional 122 millimetres of rear legroom (that’s 4.8 inches for you empty nesters looking for an affordable car to keep up with your active lifestyles). What makes this achievement even more impressive is that Honda shrank the new fit by 41 mm (1.6 inches) from end to end.

As an added incentive to help you fit the Fit into your summer/fall budget, Honda will increase your warranty length to six years or a 100,000 km if you purchase the car between August 6th and October 31st of this year.
©(Copyright Canadian Auto Press)
Car Shopping Tools