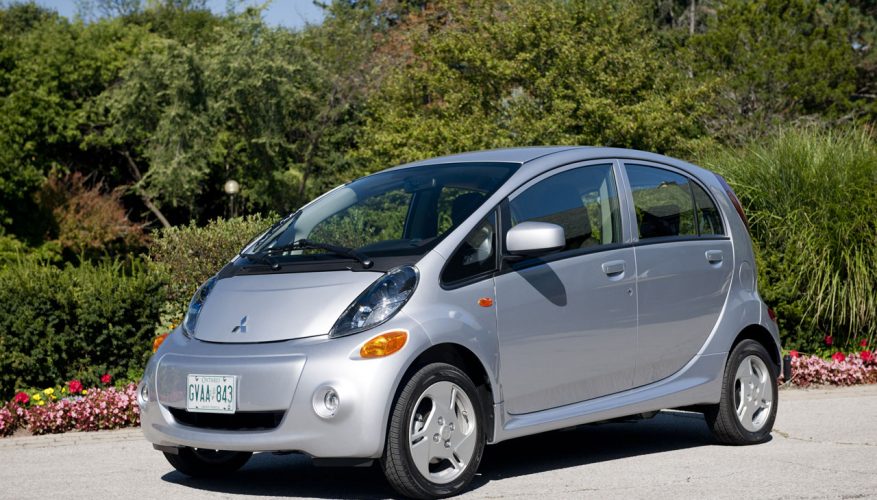 By: Trevor Hofmann
Let’s face it, coming to market with a new plug-in electric vehicle hasn’t proven to be a very sound business model. Certainly there’s a lot of positive exposure for the brand, both Mitsubishi’s i-MiEV and Nissan’s Leaf helping to shed a greener light upon the two automakers, but from a dollars and sense profit scenario, it’s a losing cause. Reason enough, it seems, for two of the very few mainstream electric vehicle producers to combine forces for an upcoming EV.

According to Japanese daily newspaper Nikkei, Nissan and Mitsubishi have formed a joint venture to produce a small, affordable EV that will come to market by 2016 or 2017. The publication cites 1.78 million yen as the target price, which is just a bit over $19,000 CAD.

This new alliance follows a similar team-up to develop and build the Dayz and Dayz Roox microcars in Japan, while reportedly there are other shared projects in the works as well.

According to the report, the two automakers will announce its plan in detail soon, because they are working as quickly as possible to bring the new EV to market.

As for whether the resulting EV(s) will be sold in North America, such is likely due to the high cost of development and the nominal take-rate for plug-in electric vehicles worldwide. Any automaker that were to create a plug-in electric vehicle for just one market, whether involved in a joint venture or going solo, would be risking a great deal of research, development, production and marketing funds for an extremely narrow return, if any return at all, while not benefiting from the global branding halo effect brought about by having a zero-emissions vehicle in its lineup.

As for the two automakers in question, Mitsubishi certainly needs a replacement for its slow-selling i-MiEV, while Nissan, enjoying best-selling EV status with its Leaf, could reap the rewards of a lower priced Leaf alternative in similar fashion to how Toyota has expanded its Prius lineup to include the smaller Prius C.
©(Copyright Canadian Auto Press)
Car Shopping Tools