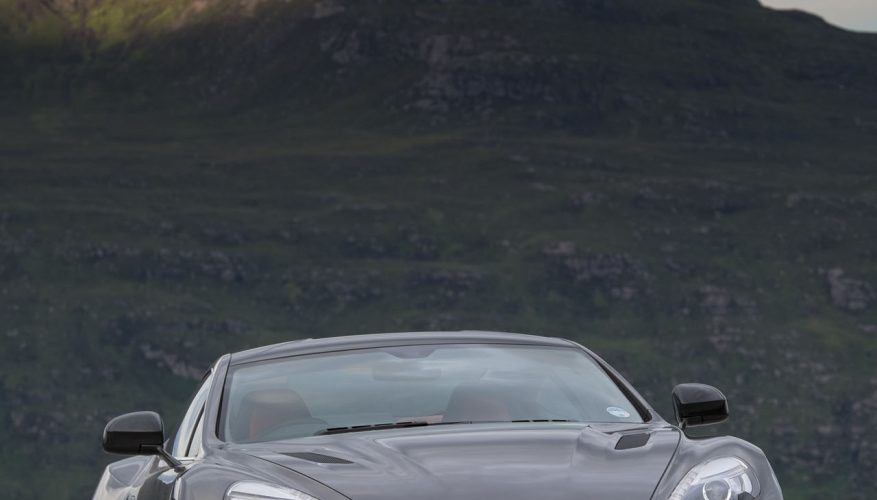 By: Trevor Hofmann
Aston Martin might be small compared to rivals like Porsche, with 4,200 sales under its belt for 2013 compared to the German carmaker’s 162,145-vehicle tally, but that hasn’t stopped it from churning out a full line of performance cars.

Only having just shown its new V12 Vantage S Roadster ahead of the Pebble Beach Concours d’Elegance where it will debut next month, not to mention confirming production of a new Lagonda ultra-luxury sedan, the British automaker has just announced updates to its flagship V12-powered Vanquish sports car and Rapide S four-door coupe.

For 2015, the Vanquish Coupe and Volante convertible, plus the Rapide S will get a new ZF-sourced Touchtronic III eight-speed automatic transmission. The sophisticated gearbox delivers better performance, efficiency and refinement than the current six-speed unit, while reprogrammed electronics pull an additional three horsepower out of the Vanquish V12 for a new total of 568, plus two more horsepower from the Rapide S’ 12-cylinder for a maximum of 552; both models’ torque ratings are 465 lb-ft, up from 457 in 2014 models.

Along with the powertrain and drivetrain enhancements, Vanquish models get revised shocks with 15 percent more rigidity up front and an extra 35 percent in the rear, while the Rapide S receives larger front brakes. Both cars benefit from reworked steering and electronic stability control systems.

While such news isn’t out of the ordinary for Aston Martin or any other premium carmaker for that matter, the result of these changes are shocking to say the least. No doubt the eight-speed automatic has more to do with the two cars’ newfound performance than the nominal increase in engine output, but nevertheless the 2015 Vanquish can now sprint from zero to 60 mph (96.6 km/h) in 3.6 seconds compared to 4.1 seconds for the 2014 car, whereas the 2015 Rapide S scoots from standstill to 60 in 4.2 seconds instead of 4.7 seconds for the outgoing model, both new numbers representing a half-second gain to 60.

“We have a long and successful technical partnership with ZF and so it was a natural step for us to adapt and integrate their world class 8HP transmission in to our transaxle layout,” said Ian Minards, Product Development Director at Aston Martin. “This has been a detailed piece of work involving careful consideration of many technical parameters including gear ratios, software integration and shifting strategies. This has delivered a significant step change in both vehicle performance and economy whilst preserving the unique Aston Martin V12 driving experience.”