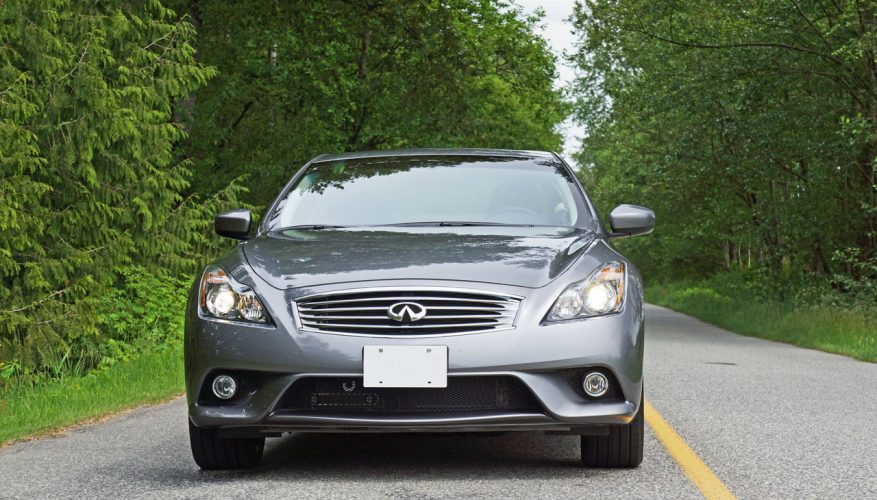 By: Trevor Hofmann
Just because something is new, doesn’t make it better. Annual car of the year award programs make a big deal out of the “best new” model in a given segment and best car and truck overall, but few such professional auto journalist opinion polls pit these completely redesigned vehicles against models that are one, two, three or more years into their lifecycles. That would be too complicated and likely cost too much money to organize. And let’s face it. It would probably get a bit boring too.

After all, how many years could we continue to watch the cream rise to the top? Even F1 fans eventually tired of Sebastian Vettel’s whoops, hollers and nummer eins index finger pointing upward as he rolled his Infiniti Red Bull Racing car into its winning centre parking spot at the culmination of most race weekends, ahead of four consecutive Formula One Drivers’ and Constructors’ Championship victories.

Change is necessary, as it drives interest and excitement into every sport, every business and every brand. Just look at how Infiniti’s new Q50 has brought well-deserved attention to the Japanese luxury brand, not to mention the strong selling QX60 family hauler. But as I mentioned in the beginning of this review, just because something is new doesn’t make it better.

I’m not talking about the Q50, which is better than the G37 Sedan in every respect, but more so the subject of this review, Infiniti’s Q60 Coupe, a car that hasn’t experienced many significant changes since the second-generation two-door hardtop arrived in 2007 as the 2008 G37 Coupe. That’s seven long years with only minor visual updates, plus the addition of an optional seven-speed automatic and some new features. Seven years might as well be a millennium in the car business. OK, I exaggerate. Mercedes-Benz went longer between major upgrades in years past, as have other automakers, but it’s rarely a good idea to do so. Just the same, the Q60 Coupe and Convertible will continue forward unchanged for the rest of 2014 and at least throughout the 2015 model year, which means new buyers won’t likely come from the early adapter camp.

Fortunately for Infiniti, the Q60 Coupe looks as good today as it did when it debuted, even better to my eyes which were lamenting the loss of the ideally proportioned G35 Coupe as I joined Infiniti for an evening preview the night before the new model’s big debut at the 2007 New York International Auto Show in Manhattan’s Jacob K. Javits Convention Center. The new car was more impressive for sure, but the old model’s styling was, well, perfect. Just the same, that 2008 G37 Coupe remains one of the best looking cars in its personal luxury coupe segment, truly standing the test of time.

Likewise for the Q60’s interior, which was the best the industry had to offer in 2007 and continues to seduce today. My tester was the top-line Q60 Coupe Premium Sport AWD model that starts at $51,800 compared to the base Premium Coupe RWD’s $46,800 price tag, so along with the base Q60’s soft-touch plastics, standard leather, exceptionally high quality switchgear and advanced infotainment, the Sport deletes any trace of wood veneer and replaces it with acres of authentic brushed aluminum trim. The look is less parlour club luxe and more Euro chic modern, resulting in a sportier look for sure.

Two chunks of solid-magnesium trimmed with thin leather padding can be found ahead of the steering wheel, paddle shifters added as an option to my tester. These make driving a great deal more interactive, important for exacting the most from this model’s standard seven-speed automatic gearbox. Leave it in Drive and it’s a wonderfully smooth transmission, quietly quick-shifting all on its own with no one the wiser, but flick it into manual mode and you’ll have an altogether more engaging experience. Unlike rival brands, Infiniti’s seven-speed incorporates Downshift Rev Matching (DRM) that actually matches engine revs automatically by blipping the throttle at precisely the right moment each time your scroll down a gear, hitting the engine’s sweet spot every time you enter a turn and making you sound like a pro in the process. The autobox includes Adaptive Shift Control (ASC) and Drive Sport (DS) mode too, a driver-adaptive learning algorithm that senses your driving style and adjusts the timing and quickness of shifts accordingly. And you thought your phone was smart. Alternatively the Q60 Sport can be had with a six-speed manual, but only in rear-drive trim.

At the Q60’s heart is Infiniti’s award-winning 3.7-litre, 24-valve, DOHC V6 engine, good for 330 horsepower at 7,000 rpm and 270 lb-ft of torque at $5,200 rpm. The engine itself sounds wonderful, all of its mechanical bits whirring in perfect unison, but the exhaust note is even more sonorous. A resonant bark escapes the car’s backside at full throttle that’ll get your mojo running, the sound only embellishing the charge of adrenaline you’ll feel as speed quickly rises. The Q60 might be a luxury car with nearly every amenity you could want or need, but it’s got the soul of a serious sports car that will quickly become apparent when you ask it to perform.

When the road starts to curve the Q60 comes even more into its element. The car is wonderfully balanced; its speed-sensitive power steering brilliantly reactive to turn-in with good feel, and its double-wishbone front and multi-link rear suspension setup making the most of its gorgeous stock 10-spoke 18-inch rims and 225/50R18 all-season performance rubber. A set of 19s come standard on the Sport RWD and are optional on the base and Premium AWD models, but oddly not the Sport AWD I was testing.

Likewise that rear-drive Sport model gets a set of 14.0- by 1.3-inch ventilated front discs complemented by 13.8- by 0.8-inch discs in the rear, as does Premium AWD trim, but the priciest Sport AWD and base model make do with the same 13.0- by 1.3-inch front and 13.0- by 0.6-inch rear ventilated discs. No worries as they brought the car down from extreme speeds quickly, helped along by four-channel ABS, electronic brake force distribution and brake assist, not to mention traction and stability control to keep the car in line during slippery road conditions.

My tester’s AWD adds control in inclement weather too, an “intelligent” system that apportions torque from rear to front as required, but feels more like a rear-drive car when conditions are good. A best of both worlds solution, Infiniti’s all-wheel drive aids performance while enhancing safety, and doesn’t hurt fuel-efficiency much either.

That last point in mind, my 2014 Infiniti Q60 Sport AWD gets an estimated rating of 11.8 L/100km in the city and 7.8 on the highway, which is pretty good considering its performance. Other models within the range vary slightly, the base car getting the best-claimed mileage in the Q60 lineup at 11.4 city and 7.5 highway. Of course, these figures are based on the soon to be outdated two-cycle testing system that’s being replaced with a new more realistic five-cycle testing process for 2015 models, so only use the 2014 Q60’s claimed fuel economy ratings for comparison purposes.

Talking such practicalities makes me think of standard features, something the Q60 has aplenty. Of course, a full suite of airbags meet passive safety requirements, but you probably don’t want to hear about that. I’ve already made mention of luxuries such as leather upholstery, wood and metal trim, and I touched on the infotainment system, which is quite advanced and very easy to use. It features a seven-inch full-colour display with an integrated rearview camera to complement the standard rear sonar, plus 10-speaker Bose audio, satellite radio, USB and iPod connectivity, all controlled by a large rotating multifunction knob and a bevy of buttons just below the screen, which also give access to optional navigation if included, as well as climate control features, fuel economy and maintenance info, plus comfort and convenience features. You can access audio and HVAC functions the more traditional way too, via various knobs and buttons on the centre stack, while the lower console is filled with rotating heated seat controls, a rocker switch for the AWD model’s snow mode and, of course, the shift lever.

Additional standard features include proximity sensing remote access with pushbutton ignition, electroluminescent primary gauges, a powered tilt and telescopic steering column that synchronizes the gauge cluster with the column for optimal visibility no matter your height, eight-way powered driver’s and front passenger’s seats with powered lumbar support for the former, a multi-function trip computer with fuel range and outside temperature display, an auto-dimming inside mirror with a HomeLink universal remote, HID bi-functional xenon headlights, adaptive automatic climate control, an attractive analog clock, and more. Infiniti also provides a handy sunglass holder in the overhead console next to the power tilt and slide moonroof controls.

There are two option packages that weren’t included in my test car, but I tested the first out in a 2014 Q60 Convertible I also drove recently. The first is the $3,750 Hi-Tech package that includes a navigation system with aerial and landscape views, NavWeather, NavTraffic, the Zagat restaurant guide, and more, plus an advanced climate control system, rain-sensing wipers, adaptive cruise control with preview braking, and front seat pre-crash seatbelts. The second package, a less expensive alternative to this last one, just includes the navigation system and its associated services for $2,950. It should be noted that additional features are available in different trims, the ones shown only for the Q60 Coupe Sport AWD model I drove. Suffice to say; no matter the trim level the Q60’s cabin is as comfortable as it is luxurious.

Comfortable, that is, unless you’re in the back seat. Few sport coupes offer rear seating that’s large enough for adults, and while there’s more room back there than many in this class, plus the seats are nicely padded with good side support, the rear quarters are best suited to those smaller in stature. I took a seat in back for testing purposes, and while my five-foot-eight frame caused my hair dust up against the rear glass, I didn’t have to kink my neck to fit in. Legroom was adequate too, as long as the front seat wasn’t set too far back.

Like the rear seat, luggage space is kept to a minimum in sport coupe tradition. Still, there’s sufficient room for a weekend’s worth of gear at 209 litres total capacity. If you need to take more or have to pack longer items, the rear seatback lays flat. It’s not split, however, so a trip to the ski hill with three aboard will require a roof rack.

That sounds pretty good about now, but forget the skis. A blast up a curvy mountain road in the Q60 is sporting enough. Like I said a couple of times in this review, just because something is new doesn’t make it better. The 2014 Infiniti Q60 remains one of the best luxury sport coupes in the premium sector, made even better by its great value.
©(Copyright Canadian Auto Press)
Car Shopping Tools