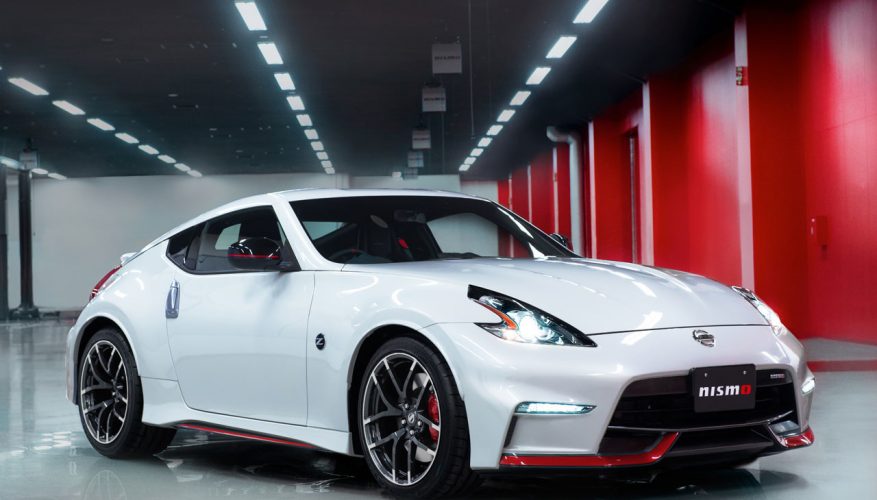 By: Trevor Hofmann
In a recent road test review of the 2014 Nissan 370Z Nismo by our U.S.-based correspondent Lyndon Conrad Bell, we lamented that the special track-tuned model is no longer available in Canada. While this is indeed true, we were delighted to hear more recently that the updated 2015 model will be returning.

Simon Hill reported on that revised version back in May, after Nissan’s U.S. division introduced it to a group of diehard enthusiasts during Zdayz at Fontana Village Resort in North Carolina, an annual tribute to the iconic Z-car and other Nissan performance cars such as the GT-R.

The 370Z Nismo, which was dropped north of the 49th at the end of the 2012 model year (Nissan Canada only carrying the 370Z Touring model for 2013 and 2014), will be added back to the Canadian lineup for 2015 as part of a mid-cycle upgrade for the Japanese brand’s legendary sports car.

Compared to the old 2012 370Z Nismo and the one offered Stateside since then, the 2015 model has matured in design with a more refined appearance all-round. Changes to the exterior include a deeper front chin spoiler featuring red accents that flow into the side sills and extend rearward to the car’s back bumper, plus new LED DRLs, a gorgeous set of charcoal grey twin-spoke 19-inch Rays wheels, and a smaller more subtle ducktail spoiler atop the rear deck lid.

The two-place coupe gets enhancements inside too, including newly redesigned leather-and-alcantara trimmed Recaro sport seats that Nissan says give more uniform support plus greater ability to hold the body in position during aggressive cornering. Also standard, the 2015 370Z Nismo gets a new available Tech package that adds a seven-inch infotainment touchscreen display with navigation, a rearview camera, Bose audio system interface, satellite radio, Bluetooth streaming audio, and above this an auto-dimming mirror with an integrated Homelink universal garage door opener.

While a close-ratio six-speed manual remains standard, the 2015 370Z Nismo’s biggest and arguably most important update is the inclusion of the Nissan’s seven-speed automatic transmission with paddle shifters, downshift rev matching and adaptive shift control. The manual gearbox continues to include the brand’s much-lauded SynchroRev Match too, while the 350-horsepower 3.7-litre V6 engine remains unchanged.