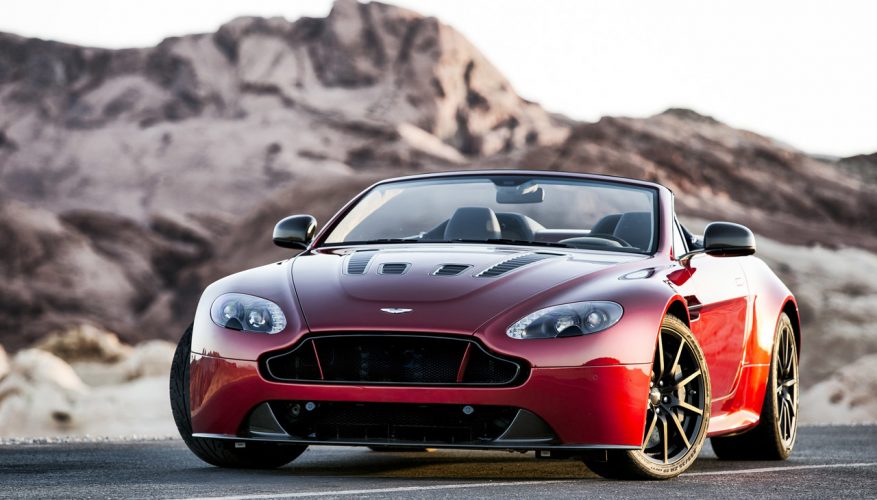 By: Trevor Hofmann
Aston Martin certainly knows how to keep a good thing going. It’s V8 Vantage is coming up on 10 years, but nevertheless it’s still as beautiful as ever, while today’s model is as enticing as the first one that rolled out of Gaydon, Warwickshire thanks to loads more power.

The original V8 Vantage that hit the market in 2005 as a 2006 model incorporated a 4.3-litre V8 pulled from then corporate cousin (under the Ford PAG umbrella) Jaguar’s parts bin tuned to make 380 horsepower, whereas the 2014 model’s hand-assembled naturally aspirated 4.7-litre V8 makes a much more pleasing 420 horsepower.

While this is great for most Aston fans who simply want a wonderfully balanced, adequately fast and fabulous sounding objet d’art on wheels, it’s simply not enough for those that want it all. For these connoisseurs of speed, AM released the equally beautiful V12 Vantage in 2009, a model that produced 510 horsepower and thanks to a reasonably light 1,680-kilo curb weight it managed the sprint to 60 mph (96.6 km/h) in a mere 4.1 seconds. Impressed?

Good, but not good enough is likely what the team at Gaydon were thinking when they recently dreamed up the V12 Vantage S coupe, and now the new V12 Vantage S Roadster puts the latter model’s 565 horsepower 6.0-litre V12 into a drop-top for the sport-luxury brand’s fastest convertible model ever.

The engine gets CNC-machined combustion chambers and hollow camshafts before being mated to a Graziano-developed Sportshift III seven-speed sequential gearbox, while the car loses some 20 kilograms of weight. It all results in a 3.9-second run to 60 mph (96.6 km/h) and a top speed of 201 mph (324 km/h).

A supercar in its own right, the V12 Vantage S Roadster is a beauty turned beast.
©(Copyright Canadian Auto Press)
Car Shopping Tools