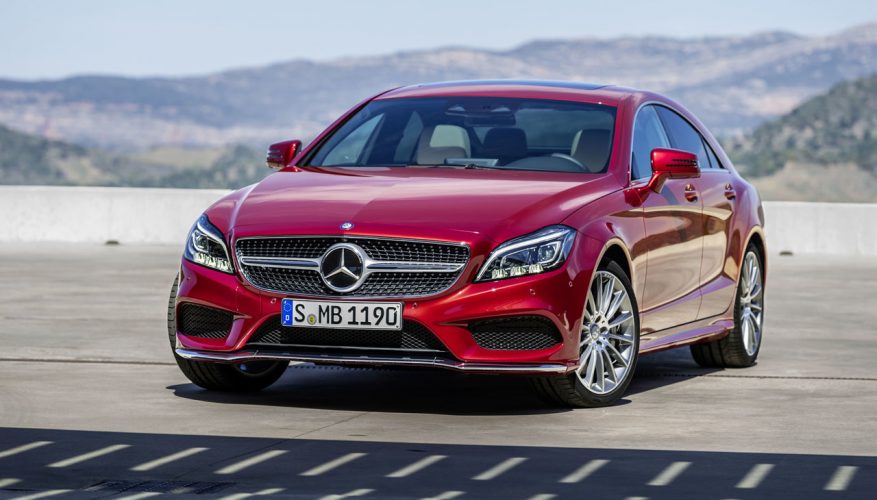 By: Trevor Hofmann
The car that initiated the four-door coupe craze back in 2004 gets a number of subtle modifications for 2015, five years after its complete redesign in 2010.

First off, the car’s interior benefits from a new three-spoke steering wheel and an eight-inch floating infotainment display screen, while passing admirers will be able to take note of a new front bumper that employs larger air intakes and above these, a new Multibeam LED headlamp system that incorporates 24 individual projectors joined up to a camera system that shows the road ahead illuminated in as many as 255 stages of brightness (one at a time, of course), for the best in night driving clarity without blinding oncoming motorists.

As for powertrain options, mums the word as to what we’ll get here in Canada. Currently, only Mercedes’ twin-turbocharged V8 is available in two stages of tune, starting with a 402-horsepower 4.6-litre variant in the CLS 550, followed up by a 550-horsepower 5.5-litre unit in the CLS 63 AMG (or 577-hp in the S-Model). While these engines will likely carry over to the 2015 model, there’s a good chance the same 3.5-litre V6 from the Canadian-spec SL400 will make its way into our CLS, dubbed CLS400 as it already is in Europe.

All CLS engines, except those tuned by AMG, will use Mercedes’ new nine-speed automatic transmission for even better performance and fuel economy, the seven-speed remaining within top trims.
©(Copyright Canadian Auto Press)
Car Shopping Tools