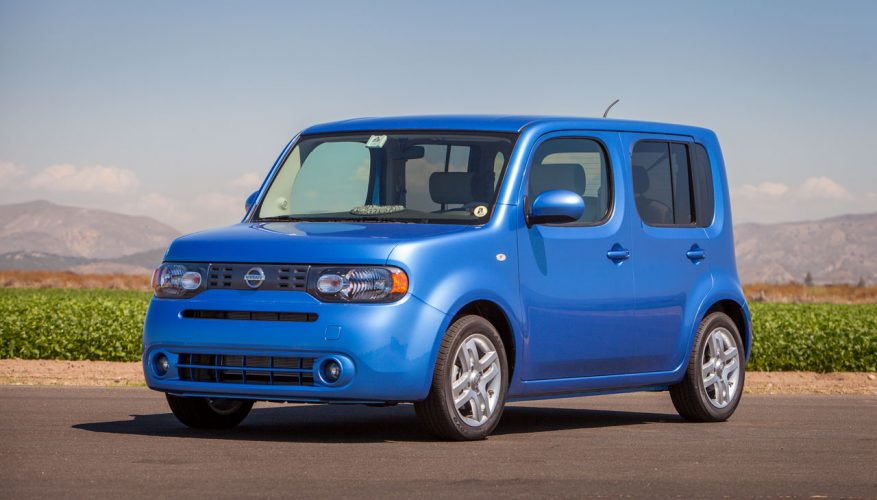 By: Trevor Hofmann
If you like things weird and wonderful, the Nissan Cube is either your personal ride or on your shortlist for an upcoming purchase. If it’s the latter we hate to be the bearers of bad news, but the Cube was canceled from Nissan Canada’s upcoming 2015 lineup in May, which only left the option of buying one used or taking a trip across the US border to pick a new Cube up new from an American Nissan dealer.

It appears that soon you’ll need to nix the second choice from your list too. The news isn’t official, mind you, but there was no Cube listed on Nissan’s 2015 lineup "Charting the Changes" announcement released on Tuesday, so expect it to be gone for the coming year.

As you can probably guess, the Cube was never a big seller for Nissan’s US operations, sales exceeding 23,000 units in 2010. The automaker only sold 356 Cubes in April, mind you, which was a drop of 23.9 percent from the same month the year before. Its January to April sales were just 1,604 vehicles, which was down 33.7 percent.

Unlike Nissan’s US division, Nissan Canada hardly needs the Cube to boost small car sales. New for 2015 is the Japanese brand’s smart looking Micra hatchback, already on sale and for a mere $9,998 plus freight, which makes it the lowest priced new car in Canada.

No doubt Nissan Canada dealers aren’t lamenting the loss of the Cube. And for those consumers upset about the brave little toaster going the way of the dodo, remember that the Nissan Juke isn’t exactly mainstream.

The Cube will live on in Nissan’s home market and other markets, and even get a redesign. Small boxy cars are still popular in Asia where the styling trend originated, but we’ll likely see the last of them here in North America soon.

Yes, the Scion xB currently remains part of the youth-oriented brand’s lineup, but unlike the Kia Soul it’s not a big seller. The Soul is on its second-generation already thanks to doing big business in Canada and the US. Why has it succeeded where others haven’t? The Soul doesn’t look as boxy as some of its peers, and therefore appeals to a broader audience.
©(Copyright Canadian Auto Press)
Car Shopping Tools