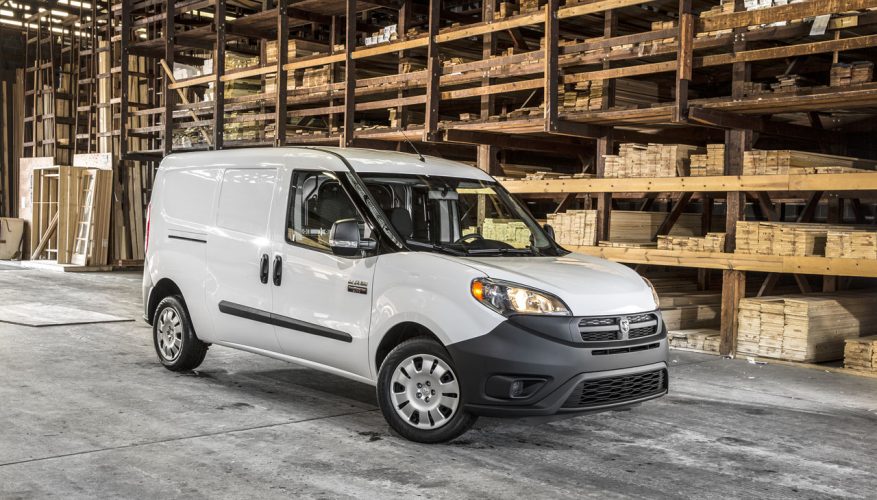 By: Simon Hill
Perhaps no North American automotive category reflects the European influence so clearly these days as the commercial van segment. It was the former DaimlerChrysler group that really started the trend when it brought over its big Sprinter van from Europe. The Sprinter helped break up the old hierarchy that saw traditional full-size vans dominating the marketplace, with cube vans and commercialized passenger minivans filling in the larger and smaller niches.

Being much more versatile than a cube van, the Sprinter sold well enough to scavenge sales from the slightly smaller full-size vans and prompt manufacturers such as Nissan to bring over their own European-style full size vans. The combination of falling sales for traditional full-size vans and increasingly strict CAFE fuel-economy standards prompted General Motors to drop its 1500-series Express and Savana vans for 2015 and introduce the Chevrolet City Express to fill the need for a small, fuel-efficient yet capable work van. Ford and Nissan are both already in the small commercial market with the Ford Transit Connect and Nissan NV200 models.

Now Ram, which joined the fray for the 2014 model year with a full-size commercial panel van dubbed ProMaster, will soon bring a reworked version of the awarding-winning compact Fiat Doblò commercial van to North American shores for 2015. With its front-wheel drive layout, nine-speed automatic transmission and 2.4-litre four-cylinder Tigershark engine developing 178 horsepower and 174 lb-ft of torque, the ProMaster City will offer a fuel-efficient alternative to the bigger ProMaster.

The ProMaster City will be offered in two-seat Tradesman cargo van and five-seat passenger Wagon configurations, and has been designed to offer the highest possible levels of usability, versatility, and customization potential, together with the lowest-possible long-term operating costs.

Functional touches include a 48.4-inch width between the rear wheels to allow common-dimension building materials and pallets to be easily loaded even if they are stacked unevenly, are loaded slightly crookedly or are a touch over nominal dimensions. At the back, 60/40 split swinging rear doors make curbside unloading easier, and the doors can be opened past their normal 90-degree swing at the touch of a button, which allows 180-degree opening.

The Tradesman cargo van has six standard tie-down rings, while the Wagon passenger van has split-folding rear seats that can fold and tumble forward. A variety of specialized options will be available through Mopar, and to make custom upfitting as easy as possible virtually all primary vehicle systems are packaged forward of the cargo area, leaving the box open to creativity.

Outside, high bumpers protect the lighting systems and paintwork against the inevitable bumps and scrapes of the working environment, while smooth bodylines present a professional appearance. Inside, the ProMaster has been designed to provide a comfortable and ergonomic work environment, with UConnect, Bluetooth connectivity and available GPS navigation to keep commercial users in touch while on the road.

The 2015 Ram ProMaster City will be assembled at Fiat-Chrysler’s Tofas plant in Bursa, Turkey alongside the European-spec Fiat Doblò. The optional cargo van configuration is upfitted at The Chrysler Group Transformation Center in Baltimore, Maryland.