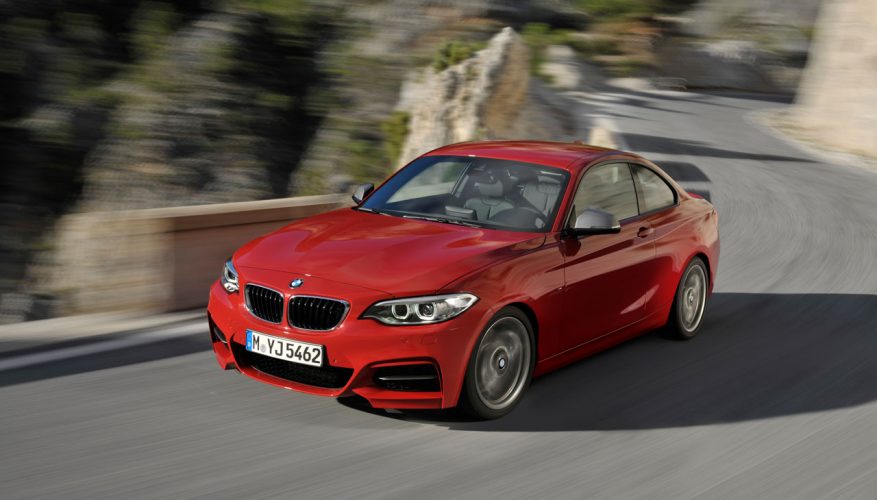 By: Simon Hill
Since the inception of the Insurance Institute for Highway Safety’s challenging small overlap front crash test in 2012, the institute’s highest Top Safety Pick+ rating has been extremely tough for manufacturers to achieve. But the IIHS recently announced that BMW’s new 2014 2 Series has earned the coveted award, with "good" ratings in the small overlap front, moderate overlap front, side, roof strength and head restraint evaluations, plus an "advanced" rating for its optional Collision Warning with City Braking front crash prevention system.

The IIHS’s small overlap front crash test replicates what happens when the front corner of a vehicle strikes another vehicle or an object like a tree or a utility pole. In the test, 25 percent of a vehicle’s front end on the driver’s side strikes a rigid barrier at 64 km/h.

According to the IIHS, the BMW 2 Series maintained the driver’s space reasonably well during the small overlap front crash test, and the front and side curtain airbags deployed correctly and stayed in place, ensuring that the dummy’s head was protected from contact with the dashboard, windshield or side structures of the car. Dummy measurements indicated a low risk of any significant injuries in a real-world crash of this severity.

In the institute’s 19-km/h front collision avoidance test, BMW’s City Braking system, which is available in the 2 Series as part of the Driver Assistance Plus package, significantly reduced the vehicle’s speed.