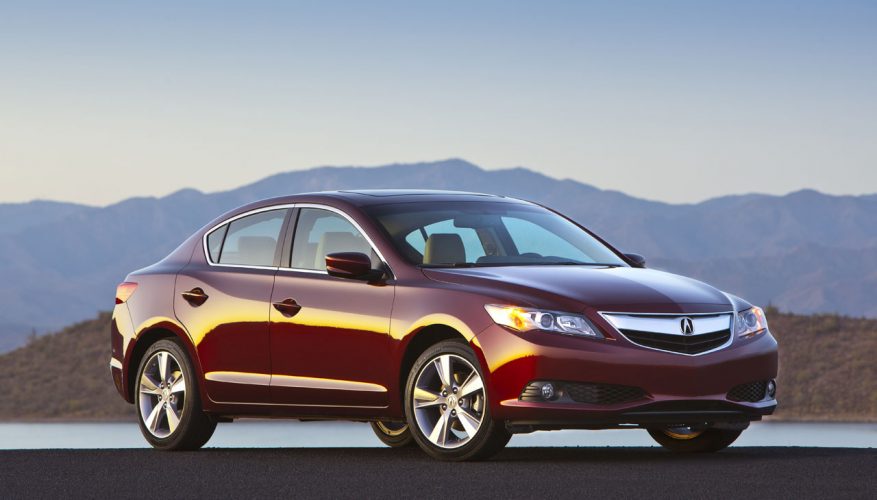 By: Lyndon Conrad Bell
There was a time when Acura was North America’s hottest Japanese luxury car brand. Of course, there was also a time when Acura was North America’s only Japanese luxury car brand. And yes, those two periods did overlap somewhat. During its early years, Acura was so successful it outsold both Mercedes-Benz and BMW by significant margins. In fact, the company did so well right out of the gate, its management team took the amazing step of also introducing a mid-engined supercar-the Acura NSX.

With its image firmly rooted in performance, Acura became the darling of the import tuner crowd. The Acura Integra and its successor the Acura RSX were highly coveted enthusiast-oriented models. Sadly though, after an unprecedented run of success during the 1980’s and 1990’s the Acura brand became mired in something of an inertial quagmire going into the 21st century. The market shifted, competition became stiffer and more sophisticated, and Honda let its Acura models stay on the market too long unchanged. Eventually, the glow of Acura’s halo became somewhat muted.

These days, Acura is on the comeback trail, and one of the models designated to blaze the way is the 2014 Acura ILX. An entry-level luxury sport sedan, the ILX tries to recapture the flavour of that original Acura Integra in a contemporary package. That said, the Acura ILX isn’t exactly an in-your-face proposition, and yet its look is crisp, sophisticated, and thoroughly modern.

Three different front-wheel drive powertrains are offered for the 2014 ILX. The base offering is a 150-horsepower, 2.0-litre four-cylinder engine producing 140 ft-lbs of torque. This powerplant comes mated exclusively to a five-speed automatic transmission. Fuel economy is estimated at 8.6 L/100km in the city, 5.6 on the highway, and 7.2 combined.

Our test car was powered by Acura’s 2.4-litre inline four-cylinder engine, producing 201 horsepower and 170 ft-lbs of torque. The sportiest of the three options, Acura fits a six-speed manual transmission to this engine to complete its powertrain. Fuel economy for this configuration is estimated at 9.8 L/100km in the city, 6.5 on the highway, and 8.3 combined.

The 2.4-litre engine, like all Honda engines really, rewards a driver’s willingness to wind the engine with satisfying performance. The six-speed manual transmission’s exceptionally crisp short throws added to the sporty feeling of the car. Reassuringly precise, we never found ourselves hunting for the next gate. And, given the free-winding nature of the engine, we had a lot of fun spinning the 2.4-litre mill up to its redline before executing those ultra-precise shifts.

The chassis is an enthusiastic co-conspirator in this activity and as a result, the ILX handles crisply, turns in nicely, bites purposefully in the corners, and just generally rewards enthusiastic driving. Another thing to love is the exceptional balance of ride and handling the engineering team dialed into the ILX. Fun to drive on a twisty road and yet nicely compliant over rough and uneven pavement, the Acura ILX is one of very few small cars out there with both engaging handling and a comfortable ride.

This is reflected in the interior treatment as well. Controls for the Acura’s contingent of comfort and convenience features are arrayed in a fashion catering to the performance-oriented driver. The layout is well conceived, making everything you need while on the go readily accessible. Further, the décor is a nice blend of luxury and sport. When you’re sitting in front of the steering wheel of the Acura ILX, you can sense people who enjoy driving conceived the layout of the interior.

Options include leather upholstered seating with eight-way power adjustability for the driver along with heat for both front seats, an auto-dimming interior rearview mirror, fog lights, voice control for most secondary functions, navigation, and a 10-speaker DTS surround-sound audio system capable of DVD audio playback (the last two items now standard on the 2014 ILX Dynamic).

All in all, the 2014 Acura ILX is an interesting choice in this segment. Yes, there are competitors out there with more powerful turbocharged engines at this same price point, but in Dynamic trim the little Acura remains quite the satisfying driver’s car, even if it isn’t one of the fastest.