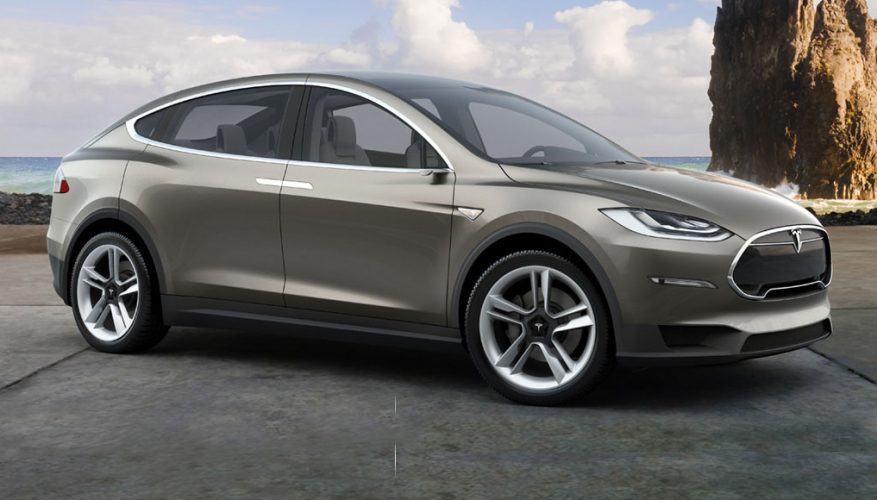 By: Simon Hill
Tesla introduced its Model X crossover concept to the public back in February 2012, with deliveries initially set to begin in 2014. But although customers have been able to reserve a Model X by plunking down a $5,000 deposit, production got pushed back and so far none of the crossovers have been built.

Now in a letter to reservation holders, Tesla has promised that the company will begin prototype production this fall, with deliveries set to begin in early 2015. The Palo Alto, California based company also promised that the production Model X will "exceed the promises made when we first showed the concept."

Two key features Tesla intends to integrate into the production Model X are standard all-wheel drive and falcon wing doors. "Not only do these doors look amazing," said Tesla, "but they also make getting in and out of the Model X so much easier than would a conventional front-hinged door." The company also confirmed that third-row seating would be available, with the second and third rows able to fold flat for cargo-carrying capability.

Tesla, which sells direct to customers rather than through a dealer network, has been struggling in many states with laws that prohibit such sales structures and instead require manufacturers to sell through dealer networks. Elon Musk, Tesla’s founder and CEO, has argued that a company like Tesla cannot survive within the framework of the franchised dealer system, and has been lobbying to change the laws so that Tesla can sell direct to customers. Some states have revised their laws to allow for direct sales under limited circumstances, such as electric vehicle manufacturers.

The Model X is the third car in Tesla’s lineup, following the company’s original Lotus-based Roadster and the current Model S sedan. It is also expected to add a new lower-priced sedan sometime after 2016, and possibly a coupe based on the Model S.