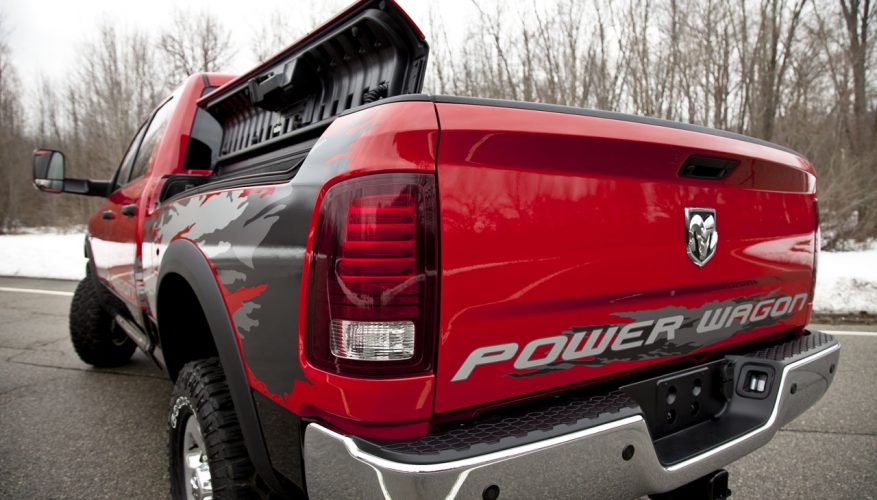 By: Simon Hill
When it comes to box access, Chrysler’s Ram brand is no stranger to innovation. The marque’s Ram Box already makes use of the oddly shaped spaces around the wheel wells in the truck bed to provide lockable, weatherproof storage.

Now Chrysler has filed patents for an innovative "Multi-functional" split tailgate that can provide easier loading access to the truck’s box in a variety of situations. Each half of the spilt tailgate can be individually opened either downward like a typical truck tailgate, or outward like a barn door.

The innovative tailgate design could prove handy for owners who need to stand at the back of the truck and reach into the box (since the tailgate would swing out of the way), or carry long loads on one side while leaving the other side up to restrain additional cargo.

Happily, the patent application also includes a number of drawings that describe the tailgate much more effectively than mere words can manage. The drawings also illustrate touchpad actuators for controlling the tailgate halves.

While Chrysler is so far keeping quiet about its latest invention, it’s entirely possible that the new Multifunctional Tailgate will be offered as part of the Ram 1500’s 2017 redesign, or possibly even in time for its upcoming 2015 refresh.
©(Copyright Canadian Auto Press)
Car Shopping Tools