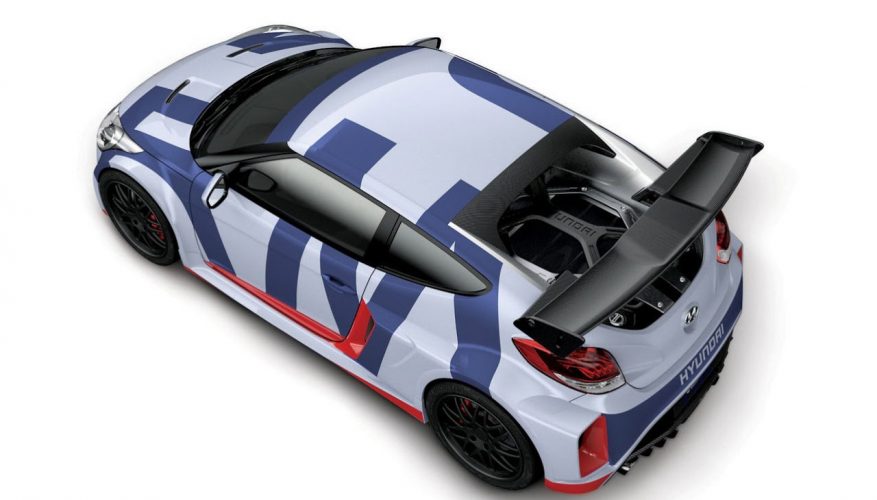 By: Simon Hill
It’s real, it’s drivable, and it has 300 horsepower fed to the rear wheels from a mid-mounted 2.0-litre turbocharged engine. Too bad, then, that the Hyundai Veloster Midship Concept is only a one-off prototype … at least for now.

Hyundai unveiled the radical Veloster show car at the 2014 Busan International Motor Show in South Korea. Known internally as the Veloster RM (for rear-drive, mid-engine), it was created by the company’s High Performance Team, which also developed the i20 WRC rally car. Features include a lightweight aluminum suspension, a gigantic rear wing, and a high-rigidity chassis with near-perfect 50/50 weight distribution thanks to the mid-engine layout.

In a media release announcing the show car’s debut, Hyundai carefully pointed out that the Veloster Midship "is a concept only to explore possibilities for the Veloster chassis, and is currently not related to any future production model."

Hyundai also revealed its new large AG front-wheel drive flagship sedan at Busan, although that car is currently intended for the Korean home market only.