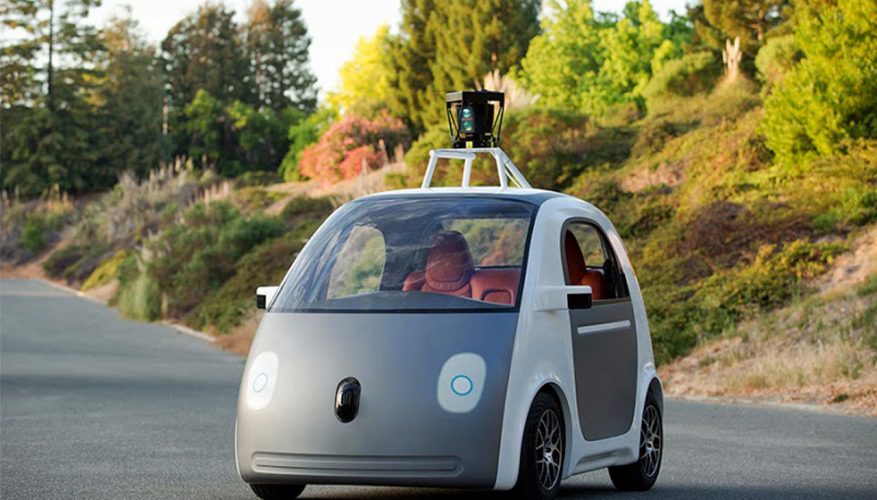 By: Simon Hill
Forget the Rolls Royce or the stretch limo, when your next chauffeured ride arrives it might just be this little bubble car from Google. And while self-driving autonomous cars from Google aren’t exactly new, this one has some critical differences.

First, it’s not a development sled based on a Toyota Prius or Lexus LX with an assortment of added-on cameras, sensors, computers and control systems, as the company’s past autonomous cars have been. Instead, it’s a purpose-made design, built by Google entirely from scratch.

Second, and perhaps more significantly, unlike the earlier autonomous cars that were based on production vehicles, this one doesn’t have any redundant manual controls. So there’s no steering wheel, no brake pedal, no accelerator pedal, and no gearshift lever. Just a pair of seats, some space for luggage, buttons to start and stop the car, a navigation screen that allows you to enter and display the programmed route … and that’s about it.

The car, which was unveiled by CEO Sergey Brin, is electrically powered and speed-limited to about 40 km/h. Initially limited to a production run of about 100 prototypes, it has bodywork of reinforced plastic, a minimalist interior with little in the way of trim, and a prominent tripod mounted on the roof to house the main sensors.

Google says the goal of its self-driving car is "improving road safety and transforming mobility for millions of people." It will be testing the prototypes over the summer, with a California-based pilot program planned "in the next few years."

Presumably during the testing phase the company will iron out details such as how to how travel briefly off road (such as one might do to get to event parking in a field for instance) or how to move the car very short distances (such as pulling forward a few feet so a passenger doesn’t need to step out into a puddle). If these sorts of situations can’t be dealt with effectively, then it’s possible that the version 2.0 car will need a novel new feature: manual controls for non-standard driving situations.