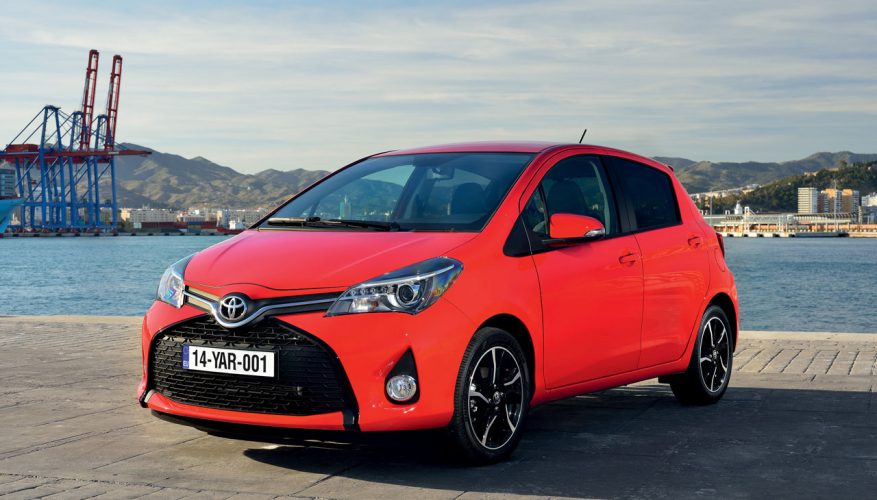 By: Simon Hill
Back in 2011, Toyota CEO Akio Toyoda revealed plans for a new way of thinking at Toyota, a way of thinking he called Global Vision. Now the first tangible application of that vision has been revealed in the form of the latest Toyota Yaris.

What makes this Yaris special is that it was designed and developed in Europe, in cooperation between Toyota Motor Europe’s Product Planning Department and Research and Development Division, based in Brussels, Belgium, and the company’s European Design Centre, based in Nice, France. This represents the first time the two divisions have worked hand-in-hand to develop a product destined for markets far outside regional European borders.

The new Yaris gets a restyled front fascia that draws from Toyota’s "Keen Look" detailing and "Under Priority" design concepts, giving it a family resemblance to the new Corolla and Camry. At the back there’s a redesigned bumper that incorporates a diffuser for a more planted look, and inside there’s a completely restyled interior using significantly upgraded materials. As well, for 2015, all Canadian Yaris models will get a 6.1-inch Display Audio infotainment screen, power locks and power windows.

Underpinning it all, the new Yaris gets a reworked suspension for improved comfort and what Toyota calls "efficient handling," and there’s improved sound insulation for a quieter ride. The 1.5-litre four-cylinder engine carries over unchanged.

The Yaris’ new styling aspects, Toyota says, "strengthen the car’s emotional appeal without sacrificing any of the rational strength of the original car." As product manager Alessandro Massimino explains, "Yaris was always extremely strong in its rational dimensions: great packaging, durability, cost of ownership…. What we wanted to achieve was to connect the model not only with our customers’ brains, but also with their hearts."

The new Yaris will be available as a three-door in CE trim, or as a five-door in LE and SE trim, and will launch in the summer of 2014.