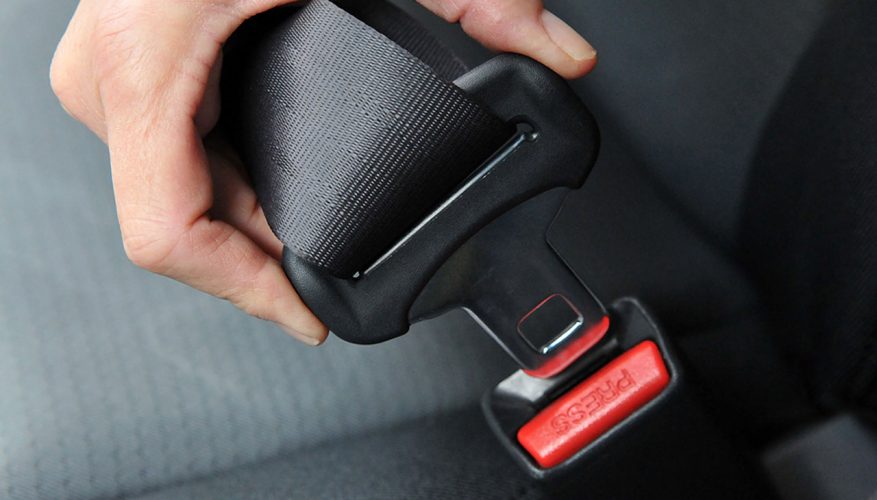 By: Simon Hill
The last time we saw seatbelt interlocks, way back in 1974, they were a much-hated regulatory requirement foisted upon the car-buying public by the NHTSA (National Highway Traffic Safety Administration).

Those early seatbelt interlocks weren’t always reliable (they’d sometimes prevent the car from starting even when all occupants were buckled up), and the outcry against them was so loud that the NHTSA was quickly forced to lift its mandate, abandoning the technology in favour of airbags.

Now GM is quietly bringing the seatbelt interlock back as an option for a select number of models. There’s no government mandate this time. Instead, the system is being marketed as a "Belt Assurance System" that, in addition to increasing occupant safety, can help prevent drivers from getting violation tickets for failure to wear seatbelts.

Rather than preventing the car from starting until front-seat occupants are buckled up, as the original seatbelt interlocks did, GM’s new system prevents the driver from shifting into drive until the front belts are buckled (there’s no word on how the system might work with a manual transmission, but if it is offered with manual-equipped cars then the engine would only run with the transmission in neutral, presumably, until everyone was buckled up).

GM says that existing vehicle sensors required for the smart airbag systems already know if someone is sitting in the front seats, and it only requires a little tweaking to also sense if they are buckled up. The automaker says the required technology is far more reliable than it was in the past, which should help it gain better acceptance with motorists.

The Belt Assurance System is being unveiled during a month when the NHTSA is putting a renewed emphasis on the benefits of seatbelts, which were credited with saving 12,174 lives in 2012. But for the roughly 15 percent of North American drivers who still refuse to buckle up, GM won’t be playing hardball: it will offer the Belt Assurance System as an option on the 2015 Chevrolet Cruze, Colorado and Silverado, as well as the 2015 the GMC Sierra. If response is positive the technology might be offered more widely, but there are no plans to make it a standard feature.