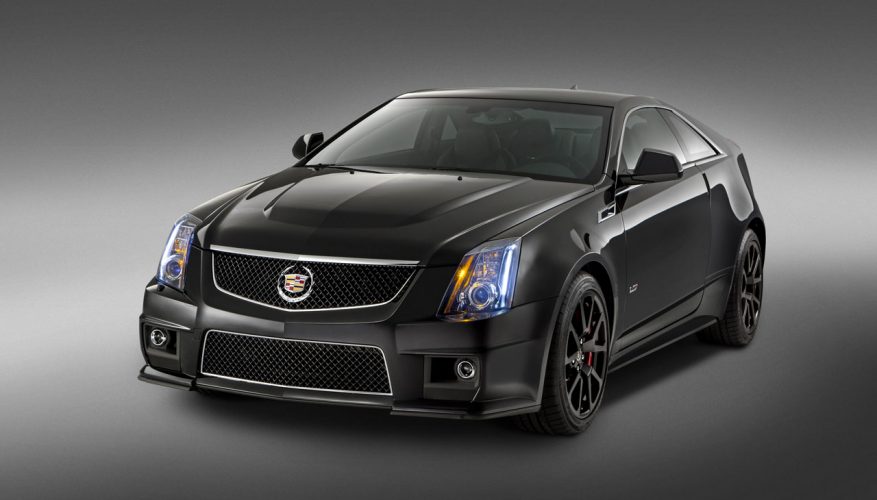 By: Trevor Hofmann
With every new BMW 3 (or 4) Series debut, each updated C-Class launch, and all new Audi A4 and A5 arrivals, special M, AMG and RS versions soon follow. The same holds true for Cadillac and its V series. Now with the all-new CTS in our midst, including the fabulous twin-turbo V6-powered CTS V Sport, we’ve been told a new super-powerful CTS-V will debut sometime next year, but before this occurs Cadillac will entertain us with a special edition of its much-lauded CTS-V Coupe.

Unlike the four-door CTS, the CTS Coupe hasn’t received a major update just yet. The chiseled two-door is still a sleek piece of contemporary rolling art, mind you, and the CTS-V Coupe a variation of that art in hyper-speed, so why not give it one last hurrah before it makes way for an entirely new iteration.

"The special edition is a stepping stone to the next-generation V-Series, which will move to the next level with more dynamic design and technical sophistication," said Uwe Ellinghaus, chief marketing officer, Global Cadillac.

For the 2015 model year, the entire run of CTS-V Coupes will be limited to 500 examples, and all will get a special limited-edition treatment. Each car will get a darker grille, satin-finish wheels, red brake calipers and a modified interior, the latter fitted with Recaro sport seats in black with red stitching, uniquely treated Midnight Sapele wood accents, aluminum foot pedals, and a microsuede-wrapped steering wheel and shifter.

If you like what you hear, hopefully you won’t be turned off by a mere three exterior paint colours, or rather shades. The limited edition CTS-V Coupe will only be available in Crystal White, Phantom Gray or optional Black Diamond, while other options will include a powered glass sunroof and a six-speed automatic transmission; a six-speed manual will be standard.

On that note the 2015 CTS-V Coupe will get the same 556 horsepower 6.2-litre supercharged V8 as the current model, while the suspension will feature Magnetic Ride Control and brakes will embellish the Brembo name.

Pricing has yet to be released, but expect it to be higher than the current model’s $72,785 plus freight. We’ll know more when the 2015 CTS-V Coupe arrives during the second half of 2014. Will a limited run of 500 2015 CTS-V Coupes make this version more collectible? Who knows? But if this car is loved as much by future performance car fans as it is by today’s affable aficionados, 2015 will be the model year to own.