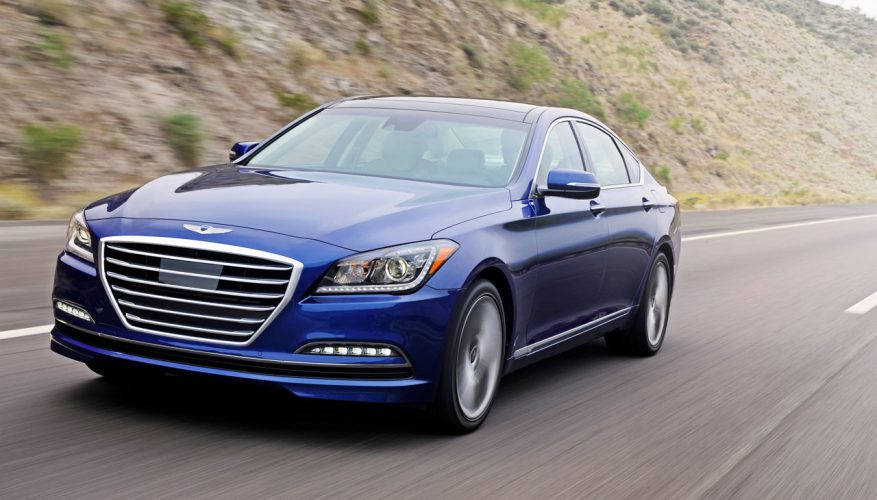 By: Simon Hill
The new small overlap front crash test added by the Insurance Institute for Highway Safety (IIHS) in 2012 has been tripping up cars both small and large, forcing many manufacturers to go back to the drawing board to improve less-than-stellar results.

But as Hyundai has proved with its next-generation 2015 Genesis, the extreme challenges of the small front overlap crash test can indeed be met. The redesigned Hyundai Genesis recently earned the IIHS Top Safety Pick+ award; with a good rating in the small overlap front crash test and a superior rating for front crash prevention. It also earned good ratings in the moderate overlap front, side, roof strength and head restraint evaluations.

In the small overlap test, the driver’s space was maintained well, and injury measures recorded on the driver dummy indicated a low risk of any significant injuries in the crash. The front airbag stayed in its correct position during the crash, allowing it to cushion the dummy’s head properly, and the side curtain airbag deployed to protect the head from contact with side structures.

In the small front overlap crash, 25 percent of a vehicle’s front end on the driver side strikes a five-foot-tall rigid barrier at 64 km/h (40 mph). This replicates what happens when the front corner of a vehicle strikes another vehicle or an object like a tree or a utility pole.

Hyundai’s optional front crash prevention system, which is being offered for the first time on the 2015 Genesis, earns a superior rating because of its automatic braking capabilities. In track tests, the car stopped completely before hitting the target in tests at 19 km/h (12 mph) and 40 km/h (25 mph).

The Genesis is one of only three large luxury cars to earn the Institute’s highest award for 2014. To qualify for Top Safety Pick+, a vehicle must earn a good or acceptable rating for small overlap protection, a good rating in the Institute’s other four tests, and a basic, advanced or superior rating for front crash prevention.