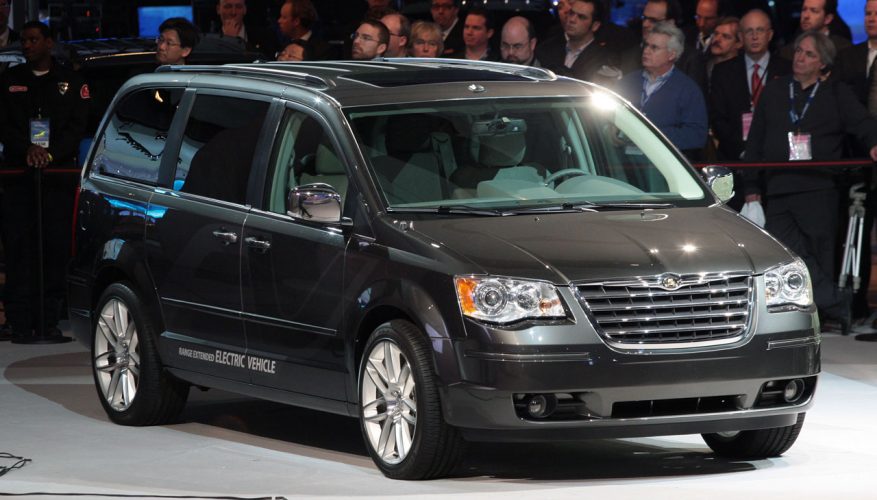 By: Simon Hill
As part of its five-year product plan, Fiat-Chrysler Automobiles announced that it will be axing the Dodge Grand Caravan in 2016, and adding a plug-in hybrid to the Chrysler Town & Country minivan lineup.

The move will mark the end of a 30-year run of building two minivan models at the company’s Windsor Assembly Plant, and will also mark the end-of-the-line for Canada’s most popular minivan: In 2013, the Grand Caravan outsold the Town & Country by more than five to one.

Chrysler brand chief Al Gardner says the company wants to reduce internal rivalries between Dodge and Chrysler by making the brands more distinct, positioning Chrysler as a mainstream brand and Dodge as a sportier performance brand. Clearly, a minivan doesn’t fit into this sporty image.

In additional to dropping the Grand Caravan, Dodge will also cancel its Avenger sedan, which competes too closely with the Chrysler 200. For its part, Chrysler will add a full-size crossover and a Chrysler 100 compact car. That leaves Dodge with vehicles such as the sporty compact Dart and performance-oriented Charger and Challenger. But there might still be room for a Caravan as well, Fiat-Chrysler CEO Sergio Marchionne hinted. Just don’t expect it to be a minivan.