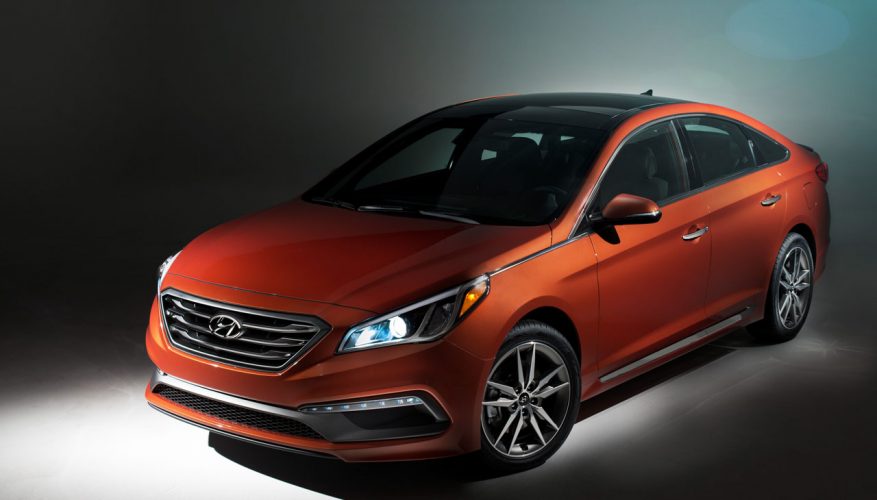 By: Simon Hill
In the mid-size sedan segment, Hyundai’s sixth-generation Sonata has long been one to watch, providing consistent challenge to the top-selling Toyota Camry, Honda Accord and Ford Fusion thanks to its feature-rich value and groundbreaking design. With an eye to keeping Sonata at the top of its game, Hyundai recently debuted the seventh generation version at the New York International Auto Show.

Outside, the new Sonata gets crisper and more angular styling than the previous version, giving it a look that’s at once more athletic yet more conservative, with a larger and more refined grille and standard LED daytime running lights.

“We crafted the shape of the 2015 Sonata in the same way an award-winning chef refines his recipe over the years,” said Chris Chapman, chief designer, Hyundai Design North America. “The evolution to Fluidic Sculpture 2.0’s more taut, modern lines reflect the improvements in refinement and driving dynamics for 2015.”

Inside, the new Sonata provides more room and improved ergonomics, with more cabin and trunk space than its major competitors – enough interior space to actually be classified as a large car. The centre stack is angled towards the driver, and the height of the instrument cluster and infotainment screen are optimized for visibility and reside on the same plane to enhance readability during a quick glance, all to help the driver remain focused on the road ahead. Hyundai also reduced cabin noise, with increased sound deadening and attention to engine intake and exhaust tuning.

Under the hood, Hyundai continues its all four-cylinder lineup for the 2015 Sonata. The SE, Limited and Sport models get a revised version of the 2.4-litre Theta II GDI engine rated at 185 horsepower and 178 lb-ft of torque, now with more of its power available at lower revs. Sport 2.0T models get a revised 2.0-litre Theta II turbocharged GDI engine that produces 245 horsepower and 260 lb-ft of torque. It features a smaller turbocharger turbine that allows quicker turbo response for optimized lower-rpm drivability. Both engines are paired with a six-speed automatic transmission.

The 2015 Hyundai Sonata will be manufactured at the Hyundai Motor Manufacturing Plant in Montgomery, Alabama and will go on sale this summer.
©(Copyright Canadian Auto Press)
Car Shopping Tools