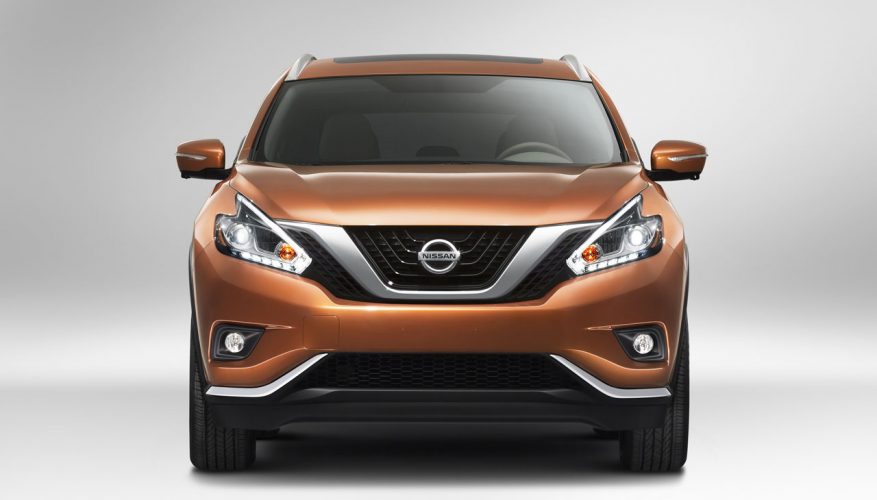 By: Simon Hill
While the Nissan Murano might only represent about four percent of Nissan’s total North American sales, as the company’s flagship crossover it’s still an important vehicle for the brand.

When it was first introduced in 2003 the Murano’s smoothly elegant styling was a radical departure from the typical boxy SUV, and Nissan didn’t stray too far from the formula when it introduced the updated second-generation version for 2009.

Now Nissan has unveiled the third-generation 2015 Murano, and while it still clearly follows the Murano formula it also represents a far more thorough redesign than its predecessor, with an emphasis on efficiency and lightness of form.

Outwardly the 2015 Murano is slightly lower, wider and longer than previous Muranos, enhancing the aerodynamics without compromising the desired crossover height and stance. The styling stays close to the Resonance Concept that Nissan showed in Detroit in 2013, picking up on several cues from the company’s new design language. These include a new grille, slim boomerang lights, and a distinctive floating roof theme that’s also been seen on the recent Nissan IDx and Lannia Concepts.

Details including grille shutters, fender lip mouldings, rear bumper surfacing, and an integrated rear spoiler help achieve more than a 16-percent improvement in overall aerodynamics versus the previous generation design, while deeply sculpted bodysides give the crossover a muscular appearance.

To provide outstanding forward visibility the instrument panel height is lowered compared to previous-generation Muranos, and dashboard clutter has been reduced by eliminating some 15 audio and navigation switches, integrating their functions into the eight-inch colour touch display instead. Adding to the driver’s sense of connectedness is Nissan’s Advanced Drive-Assist Display.

"We’ve learned from personal electronics that consumers aren’t always looking for devices that do more, they just want it done better," said Nissan design chief Shiro Nakamura. "People rarely read the directions for their smartphone because they know intuitively how to operate them. We believe vehicles should behave the same way – it’s a new and better way to travel."

Under the hood the new Murano gets a 3.5-litre DOHC V6 rated at 260 horsepower and 240 lb-ft of torque, hooked up to an Xtronic continuously variable automatic transmission. Thanks to improved aerodynamics and an overall weight reduction of 59 kilograms, fuel economy is expected to be about 20 percent better than the previous-generation Murano.

The 2015 Murano will be assembled in Nissan’s Canton, Mississippi plant and is expected to arrive in North American showrooms in late 2014.