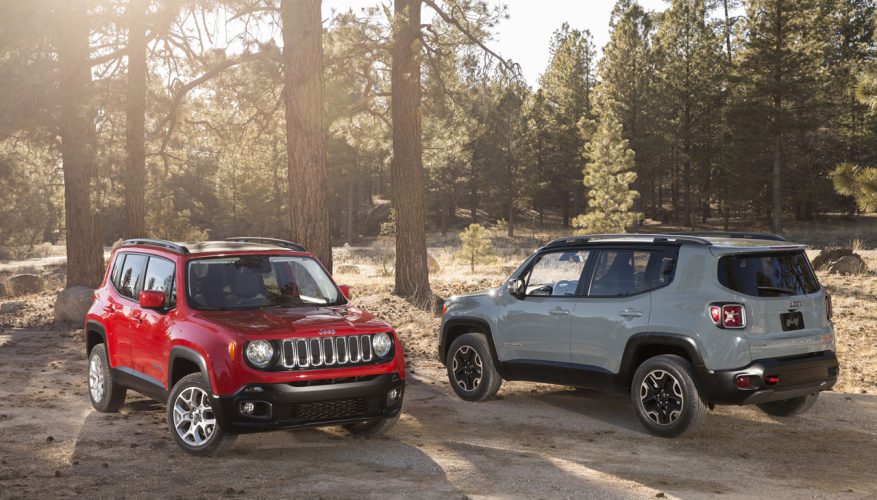 By: Simon Hill
Among all the reveals at the recent New York auto show, the smallest vehicle that made the biggest splash was the 2015 Jeep Renegade. The Renegade is Jeep’s new subcompact off-roader, a vehicle based on the Fiat 500X platform and aimed at the fast-growing small SUV segment where it will compete with the likes of the Buick Encore, Chevrolet Trax, Mini Countryman, Nissan Juke and even the larger Subaru XV Crosstrek. Reflecting its European roots, the Renegade was first shown to the public at the Geneva auto show in March, with New York marking its North American debut.

The Renegade marks Jeep’s first foray into subcompact territory, and while its city-sized proportions make it perfect for zipping around town, it also boasts genuinely capable off-road ability for when adventure beckons: The Renegade will be available with either front-wheel drive or a choice of two intelligent four-wheel drive systems developed using technology borrowed from the new Jeep Cherokee. Jeep Active Drive uses a disconnecting rear axle and power-take-off unit to provide class-leading fuel efficiency together with what Jeep claims is best-in class off-road capability. Jeep Active Drive Low adds even greater off-road ability with its class-exclusive 20:1 low-range crawl ratio.

For the ultimate in off-road ability, the Renegade will even be available in trail-rated Trailhawk trim featuring Selec-Terrain system with exclusive rock mode, 18 mm greater ride height (221 mm instead of 203 mm), skid plates, hill-descent control and unique fascias for a 30.5-degree approach angle, 27.5-degree breakover and 34.3-degree departure angle.

Inside, the Renegade features a new design language Jeep calls "Tek-Tonic" that features soft, tactile forms combined with rugged details and colours inspired by extreme sports equipment. Upholstery will be available in cloth or leather. A choice of manually-removable or power tilt/slide "My Sky" removable roof systems will help bring the outdoors in, while Jeep’s UConnect infotainment system with touchscreen audio and embedded cellular technology will allow a fully connected driving experience.

To aid with on-road safety the Renegade will be available with forward collision warning, lane departure warning, blind spot monitoring, rear cross path detection and a backup camera, in addition to expected safety equipment such as electronic stability control and seven standard airbags.

Finally, to allow buyers to personalize their Renegade, Mopar will offer more than 100 available accessories when the vehicle arrives in showrooms, including adventure gear such as a camping tent, sun shelter and roof box, plus performance parts such as a lowering kit, cold air intake and cat back exhaust.

The 2015 Jeep Renegade was designed in America and will be built in Italy for sale in worldwide markets. It is expected to arrive in North American showrooms in January 2015.