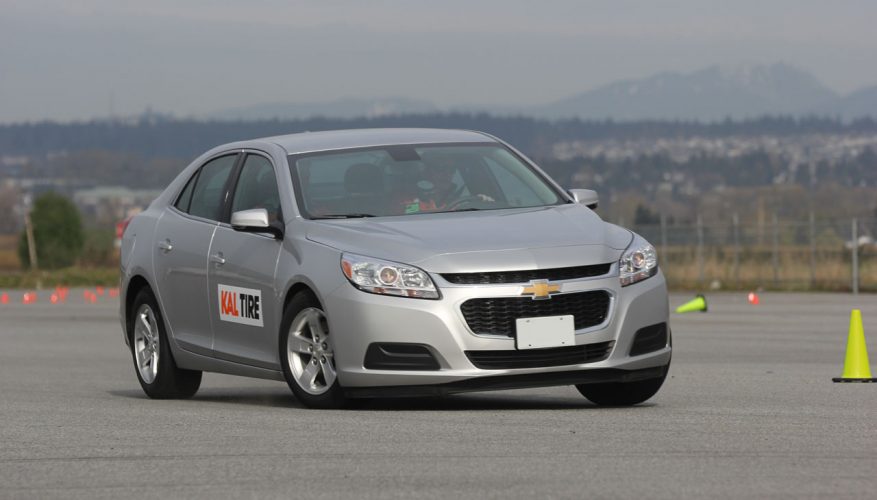 By: Simon Hill
As winter comes to an end and drivers switch to summer tires, Kal Tire staged a timely demonstration to help explain the importance of a tire’s speed rating and to illustrate why the rating is really more about performance than speed.

Indeed, given that even the lowest-rated tires can safely be driven at Canadian highway speed limits all day long, Kal Tire suggests that consumers think of the alphabetic code at the end of a tire’s size description as being a "performance rating" rather than a "speed rating".

Technically speaking, a tire’s speed rating indicates the tire’s ability to stay cool when run at highway speeds and, by extension, during aggressive cornering. From a consumer perspective, this matters because of the way heat is generated and the manner in which higher-rated tires combat heat buildup.

Heat is generated as a tire flexes, deforms, and squirms. That’s why underinflated tires risk blowouts: with inadequate air pressure to support the tire’s shape, the tire flexes more with each rotation, creating excessive heat.

To help combat flexing, deformation and squirming even when properly inflated, higher-rated tires are built with additional bead belts, more reinforcement at the tire’s shoulder, and more stable tread patterns. This not only helps keep the tire from flexing and deforming as it works, thus reducing heat buildup, but also means that the tire’s contact patch stays in better contact with the road, with less tread squirm. The result is that higher-rated tires offer much-improved cornering feel and noticeably better traction than lower-rated tires.

How much better is the traction? In back-to-back testing using identical cars and reputable name-brand tires of the same size, the car with "V" rated tires (Nokian Entyre) stopped a full car length before the car with "S" rated tires (Firestone FR710) from 100 km/h, making the stop in 35 metres compared to 39 metres.

In cornering tests, the "V" rated tires responded more quickly and predictably, and offered appreciably better grip. This translates into safer high-speed avoidance manoeuvres and a tighter achievable turning radius on decreasing-radius corners – enough to make the difference between staying on the road with the V-rated tires or skidding off with the S-rated tires.

As for the potential savings offered by lower-rated tires, it’s often an illusion: the test car’s S-rated tires were barely more than $100 cheaper for a full set of four tires ($124 each for the S-rated tires versus $151 for V-rated tires), yet during the 45-minute demonstration drive the S-rated tires squirmed and deformed so much that the shoulder tread was ruined, while the V-rated tires still looked almost as good as new.

So check carefully before you buy new tires this summer, and never downgrade the speed rating from your car’s original equipment specs (you can always upgrade for better performance, however). Most importantly, if in doubt about what you need, don’t just guess – consult with the experts at a reputable tire shop.