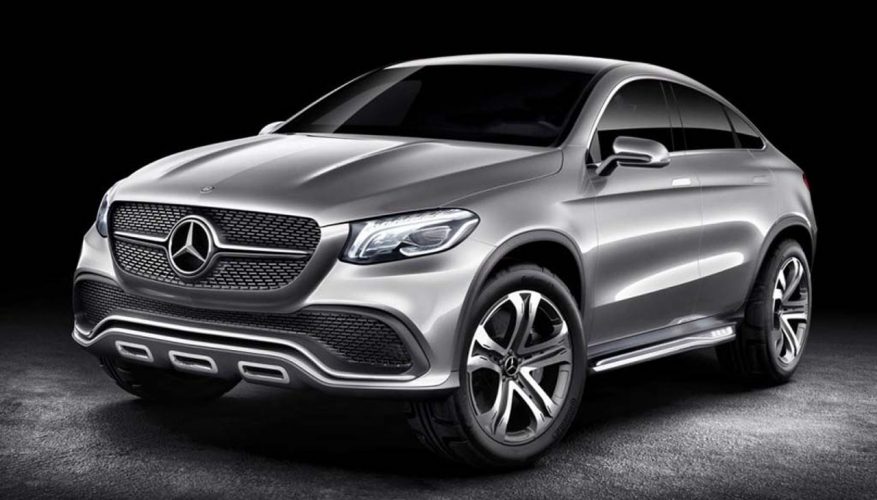 By: Simon Hill
With the New York International Auto Show getting underway, Mercedes-Benz stole a bit of that show’s thunder by offering a sneak peek at a concept the German luxury automaker plans to unveil at the Beijing auto show later in the month.

Mercedes-Benz chairman Dr. Dieter Zetsche introduced the Concept Coupe SUV during the company’s annual shareholder’s meeting. Only a single image was revealed, showing a five-door concept vehicle with a distinctly aggressive, sporty character highlighted by deeply sculpted sides, powerful-looking haunches and a rakish roofline. It is expected to preview the long-anticipated production MLC-Class, and is clearly targeted at BMW’s coupe-like X6 crossover.

“The sportily styled coupe study with the added value of an SUV provides a realistic glimpse of a series-production vehicle expected next year, which will boast very dynamic handling,” explained Zetsche. “With the Concept Coupe SUV we aim to secure new customers by opening up new segments for Mercedes-Benz.”

Those new segments would be niche segments that rival BMW has successfully created and filled over the past few years, helping the Bavarian rivals grab the luxury sales lead from Mercedes-Benz. Zetsche promised shareholders that Mercedes-Benz intends to regain the top spot, and suggested that there’s "a great deal of potential" in a combination coupe/SUV.

The MLC is expected to share its mechanical underpinnings with the third-generation M-Class and be built at the same facilities in Tuscaloosa, Alabama. Like the M-Class, it will likely be offered with an assortment of gasoline- and diesel-powered V6 and V8 engines. A gasoline-based plug-in hybrid and a diesel-electric hybrid also appear to be in the works, and given the Concept Coupe SUV’s aggressively sporty lines, it seems entirely likely that an AMG model would eventually be offered, possibly with a V12 engine.

Production of the MLC is expected to begin sometime in mid to late 2015.
©(Copyright Canadian Auto Press)
Car Shopping Tools