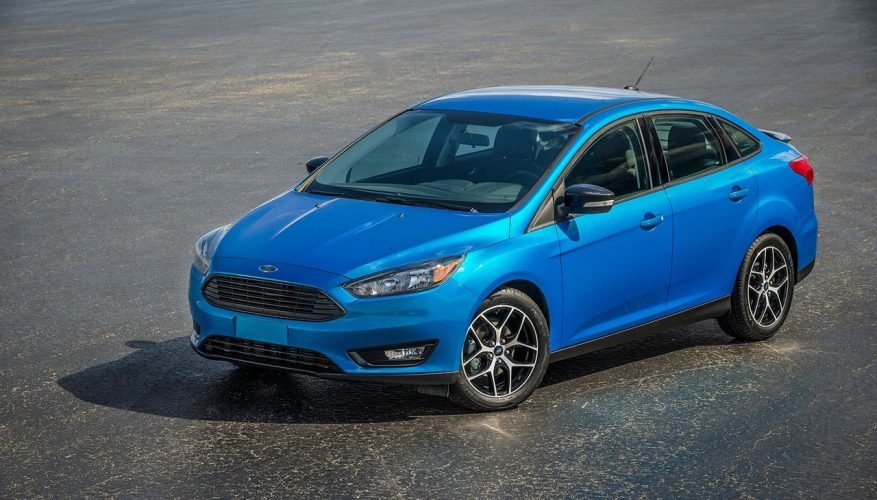 By: Simon Hill
Following up on the debut of the newly redesigned 2015 Focus Hatchback in Geneva earlier this year, Ford will bring its similarly reworked Focus Sedan to the New York International Auto Show next week.

Like its five-door sibling, the 2015 Focus Sedan gets a bold new front fascia that bears a strong resemblance to the bigger Fusion and more than a passing glance at an Aston Martin. In addition to the new fascia it also gets a new hood and new headlights with LED accents. At the back there’s a new trunk lid and taillights.

Under the hood, in addition to the existing lineup of powertrains the 2015 Focus Sedan will be available with the same peppy 1.0-litre Ecoboost three-cylinder engine recently offered in the Fiesta, hooked up to a six-speed manual transmission.

Other mechanical changes include a retuned electric steering system for better steering feel and improved off-centre precision, and a revised suspension with different shock valving and new bushings for a quieter ride and improved control.

For 2015 Ford is also adding an SE Sport Package to the Focus lineup. The SE includes new body treatments, paddle shifters (for cars with the automatic transmission), a revised touring suspension, and 17-inch black gloss aluminum wheels on 215/50HR17 tires.

Ford’s aim with the updates is to keep its global compact sales leader fresh in hopes of holding onto its title as the world’s best-selling vehicle nameplate. Worldwide sales of the Focus were up 8.1 percent in 2013 for a total of 1,097,618 cars, driven in large part by a 50-percent increase in Chinese demand.
©(Copyright Canadian Auto Press)
Car Shopping Tools