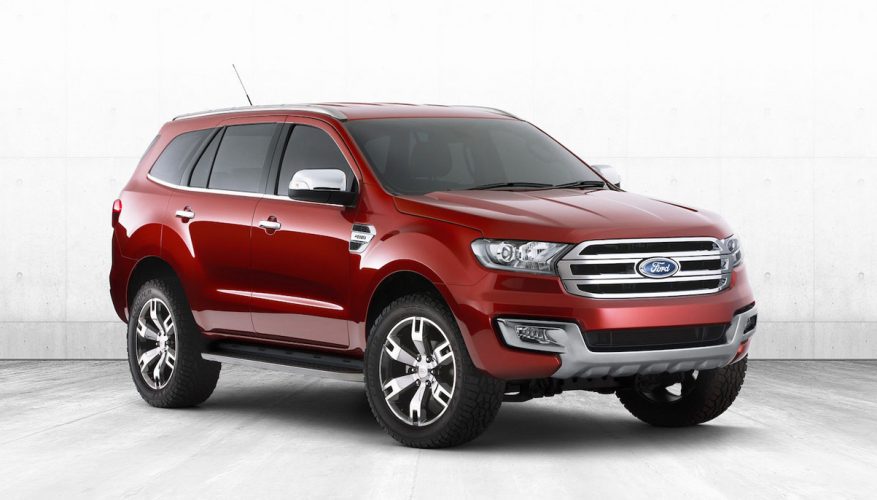 By: Simon Hill
The idea behind Ford’s global "One Ford" strategy is to reduce costs and maximize development returns by eliminating regional products, instead selling global vehicles across multiple markets. So when the company introduced its new Everest Concept at the Bangkok International Auto Show it quickly set tongues wagging that this might be the new Explorer.

Ford’s own media statements only reinforced the notion: “The Everest Concept represents our vision of a global Ford vehicle with regional heritage that will allow customers to take on the world,” the maker said. “(It is a) bold new direction that we envision for a midsize, seven-seat SUV.”

The Everest Concept has already been cleared for production outside North America, and will be built in Thailand for sale in Asia and Australia as a 2016 model, replacing the existing Everest (also known as the Endeavour in India). The Explorer, meanwhile, was last updated in 2011 and has been sliding in the sales charts, making it due for a refresh at least, if not a complete overhaul. The Everest Concept looks like it has the stats to be a perfect "One Car" global replacement.

The mid-size SUV features three-row seating for seven, with styling that captures Ford’s mandate to combine “sleekness and refinement with bold and rugged technical details.” Swept back headlights and a trapezoidal chrome grille give it an instantly recognizable look that ties in with other Ford products, while brushed metal under-cladding front and rear hint at genuine off-road capability.

Power for Asian and Australian models will come from the same 2.5-litre and 3.0-litre diesel engines as offered in the current version Everest, but the new iteration will get upgraded six-speed manual and automatic transmissions. Reports also indicate that the next-generation Everest will be available with a new intelligent one-touch multi-mode all-wheel drivetrain that will cater to a variety of driving conditions. The system will reportedly be available in the top-end automatic variant and will allow drivers to pre-select powertrain settings for normal, snow, sand, and off-road mud/ruts driving.

According to Ford, the large SUV market isn’t going away any time soon, with the automaker claiming a 35-percent increase globally in 2013 over the previous year. What might possibly be going away soon, however, is the idea of offering distinctly different SUVs for North America and Asia/Australia.