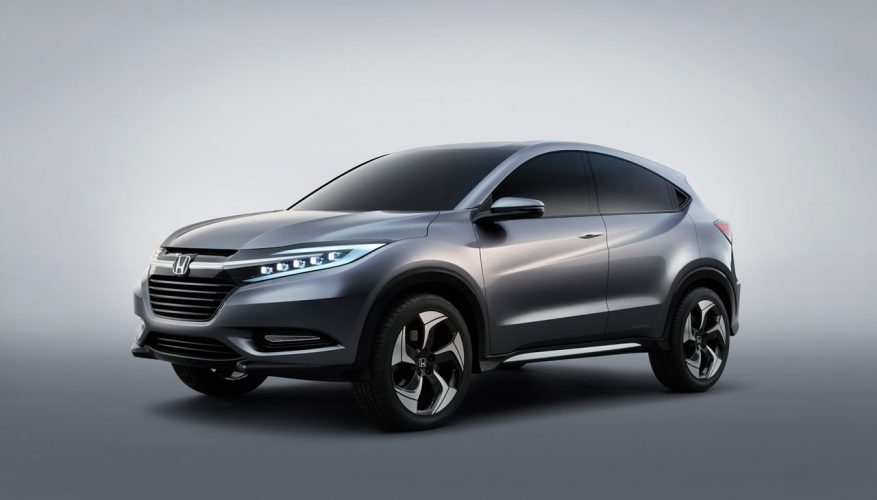 By: Simon Hill
North Americans have already met Honda’s newest small crossover/SUV, if only briefly, and it now it appears that we know its name.

Introduced at the 2013 Detroit auto show as the Urban SUV Concept, the Fit-based compact SUV went on sale in Japan as the Vezel in December of that year. But if the industry buzz is correct, it’ll be called the HR-V on these shores, slotting just below the CR-V.

Honda’s entry into the segment will be about 228 mm shorter, 25 mm narrower, and 25 mm lower than the company’s popular CR-V, and weighs about 308 kg less.

In Japan the Vezel is available with either a 1.5-litre direct-injection four-cylinder engine hooked up to a CVT transmission, or a hybrid powertrain that combines a 1.5-litre engine with a 22kW electric traction motor. Both powertrains are available in front- or all-wheel drive configuration, making the Vezel the first Honda hybrid model available with Honda’s Real Time all-wheel drive.

In North American, the HR-V will likely only be available with the conventional powertrain, at least initially. A turbo four-cylinder engine and hybrid powertrain may follow at later dates.

It’s expected that the HR-V will be built in Mexico and launched throughout North America in 2015.