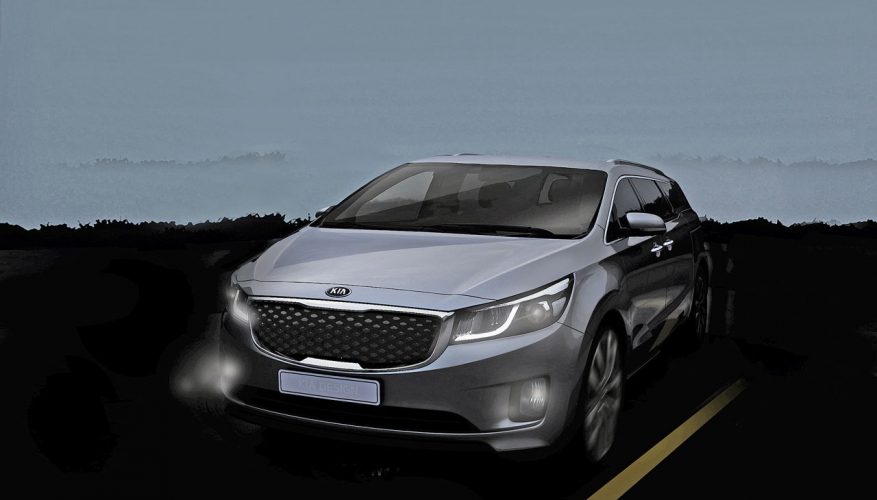 By: Simon Hill
With just a couple of weeks to go until the New York International Auto Show, Kia is back on the teaser trail. Only this time it’s not a rear-wheel drive halo sports coupe concept the Korean manufacturer is tempting the auto-buying public with, but rather an all-new mid-size "multi-purpose vehicle."

For those who might not know exactly what a "multi-purpose vehicle" is, Kia offered some hints in the brief press release it issued to accompany a single teaser image of the new model. The vehicle, Kia says, will "offer the functionality to transport as many as eight passengers and their belongings while also serving as a purposeful offering for adventure seekers."

If this sounds like a minivan, that should come as no surprise: Kia is one of relatively few manufacturers still offering a minivan, but the company’s current-generation Sedona hasn’t been substantially updated since it was introduced in 2006, so it’s long overdue for renewal.

Kia says that the new model represents a "global debut that will challenge the segment." A close look at the teaser image reveals a vehicle that appears to have a slight kink to the beltline, reminiscent of the Honda Odyssey’s "lightning bolt" line. The placement of the rear door handles immediately behind the front door handles indicates traditional sliding doors, while the vehicle’s bold font end, with fog lights lit up in the teaser image, indicate that Kia may be trying to "muscle up" the traditional minivan’s staid one-box design.

It remains to be seen whether the new model will retain the Sedona name, what features the vehicle might incorporate, or whether the promised changes will give Kia enough traction in the shrinking minivan market to move beyond the current Sedona’s footnote status (Kia sold 7,814 Sedonas across North America in 2013, versus Honda’s 139,271 Odysseys). In the meantime, as Kia notes in its press release, "stay tuned."
©(Copyright Canadian Auto Press)
Car Shopping Tools