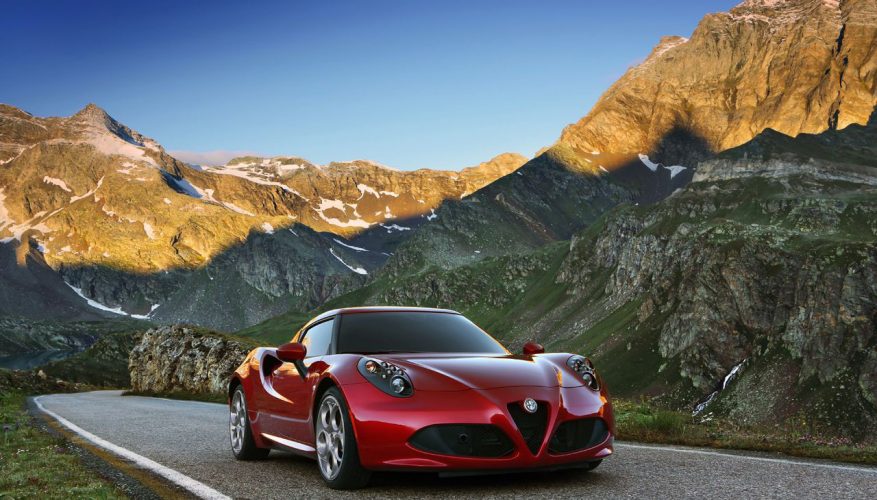 By: Simon Hill
For North American fans of Italian sports cars, the opening of the New York International Auto Show in mid-April promises to be the biggest event in 20 years. Why’s that? Because Alfa Romeo has chosen New York for the North American debut of its striking 4C sports coupe, marking the official return of the marque to these shores after several years of rumour and speculation, and a full 20 years since it pulled out of North America.

According to industry sources, the initial plan is to sell the exotic mid-engined sports coupe at a few select dealerships that already handle Fiat Chrysler Automobiles’ upmarket Maserati brand. Over the longer term, however, Fiat Chrysler CEO Sergio Marchionne has suggested that the Alfa Romeo 4C won’t be the lone Alfa Romeo, with other models under consideration for import and "better performing" Fiat dealers being allowed to participate in Alfa Romeo sales.

Future models will likely include the 4C Spider, which is expected to go into production shortly, and the more mass-market oriented roadster that Alfa Romeo is currently developing as part of a joint venture with Japanese maker Mazda. Mazda’s version of that car will be sold as the next MX-5 Miata, and the two companies have promised that their different versions of the car will have distinctive personalities, with unique sheetmetal and powertrains for each marque. Other Alfa Romeo models that might conceivably make it over here could include the company’s well-received Giulietta hatchback, or its upcoming Giuila compact executive sedan and 169 full-size sedan.

In the meantime, even at an estimated U.S. price tag of $60,000, Alfa Romeo 4C will still look like a comparative bargain compared to the Maseratis it’ll be sharing the showroom floor with. And it won’t lack for performance, either: the 4C features a turbocharged inline-four that churns out 240 horsepower in European trim, and its lightweight platform makes extensive use of carbon fibre to keep the curb weight below 900 kg. That allows the eye-catching little coupe to launch from 0-100 km/h in about 4.7 seconds, hit a top speed approaching 250 km/h, and scoot around corners with light-footed composure. The 4C is expected to go on sale in the U.S. during the summer of 2014, but Canadian availability had not been announced at press time.