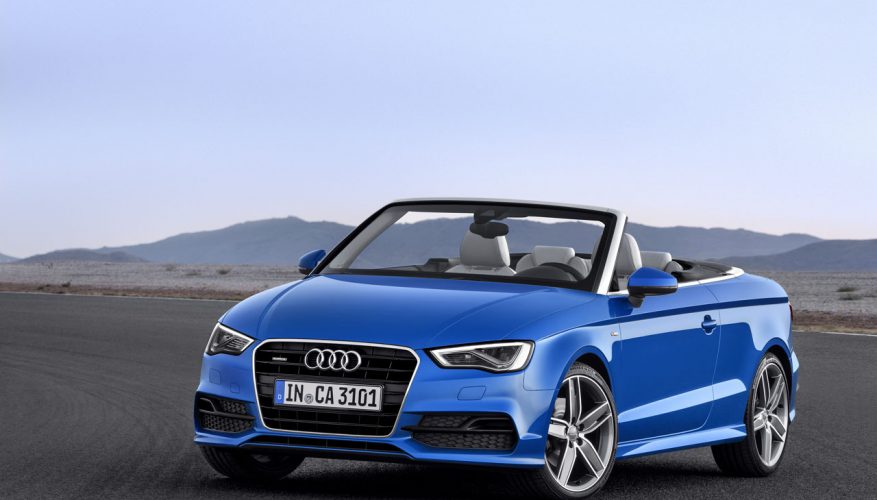 By: Trevor Hofmann
Smiles abound in Ingolstadt right about now, as that German city’s four-ringed pride and joy leads the blue and white roundel bunch from Bayerische, 80 km down the A9, in the global premium brand sales race. It’s true. Audi is ahead of BMW on the worldwide sales charts, albeit by only 383 vehicles over the first two months of 2014.

“Competition in the premium segment is more intense than ever,” stated Audi CEO Rupert Stadler in a Bloomberg report. According to Bloomberg, Audi was 429 units behind BMW during the same two months last year, which when added to the 383-unit lead it has now represents an 812-unit gain over January and February last year.

BMW has been the leader of luxury vehicle sales for the past nine years, having taken over the reigns from Mercedes-Benz that has now dropped to a distant third. And how has the Stuttgart-based three-pointed star carmaker fared over the last two months? Sales have been nothing to sneeze at with 229,630 units having left M-B’s global dealership network, but the number three German luxury brand is still lagging behind significantly.

The news has to be pleasing 500 km north of Audi’s headquarters in Wolfsburg, too, as that city’s biggest business is trying to become the world’s largest automaker, Volkswagen on track to sell more than 10 million vehicles (including heavy trucks) during 2014, which might give it enough sales to bypass Japanese mega-corp Toyota.

While BMW is investing millions into new products such as the upcoming front-wheel drive 2 Series Active Tourer, designed to pull new entry-level buyers into the brand family (expect this little runabout to be a big seller), new niche models such as the 4 Series Gran Coupe and X4 crossover coupe, the revised X3 compact crossover, plus an entirely new electrified division that will wear the “i” badge and begin sales with a compact i3 four-door hatchback and sleek, powerful super coupe dubbed i8, Audi will fight back with an all-new A3 compact that moves from the slower-selling five-door hatch/wagon segment into the more mainstream four-door sport sedan class, while it just unveiled an all-new TT sports car to excite the brand’s faithful and bring new buyers into Audi showrooms. Audi will continue its new model onslaught with a €22 billion (CAD$33.9 billion) investment over the next five years, helping it maintain its competitiveness in the premium sector.

While Audi employees are no doubt on a high right now, they’ll want to curb their enthusiasm for the time being and continue their hard work, as there are 10 months left and BMW won’t exactly be raising the white flag anytime soon. Expect this one to get dirty as the months click by, we’re in for one very exciting high stakes heavyweight fight. Mercedes-Benz will just have to enjoy watching this one from ringside.
©(Copyright Canadian Auto Press)
Car Shopping Tools