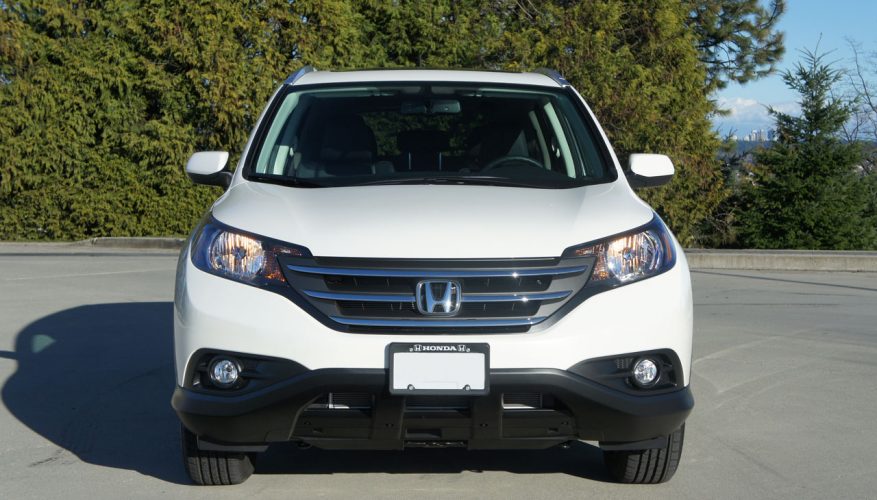 By: Trevor Hofmann
Do you have any idea how good the Honda CR-V is? I mean, don’t go about comparing it to an Acura MDX, but for what it is, a compact crossover SUV from a mainstream brand, this little runabout is about as good as it gets.

First off, if you’re looking for a ute that epitomizes the “S” in SUV, sport isn’t what the CR-V is all about. Rather, it’s comfortable, relaxed and totally, completely accommodating, not to mention quite fuel-efficient and ultimately reliable. Certainly its 185-horsepower 16-valve, DOHC, i-VTEC-enhanced 2.4-litre four-cylinder with 163 lb-ft of torque gets up and goes fast enough to stop all but the most annoyingly intense speed-demons from honking on highway merges, can keep up with the Lewis’s and the Clarks on any Montana freeway let alone our yawn-inducing Canadian limits, and its fully independent Macpherson strut front and multi-link rear suspension with stabilizer bars at each end and easy turning motion-adaptive electric power-assisted rack-and-pinion steering will handle curving mountain roads just fine even when littered with treacherous white flakes, especially with Honda’s effective Real Time AWD, but by purpose the CR-V was designed for comfort over speed.

This no doubt bodes well for most of its owners, and it has plenty. The Alliston, Ontario-built CR-V was Canada’s second-best-selling crossover SUV last year, a position it’s held reliably for years, and success like this doesn’t happen by accident. Like I said in the beginning, it’s very good.

Starting on the outside, the styling is pleasing and trim detailing very nice, especially in top-line Touring guise that includes extra chrome on the door handles as well as standard roof rails, plus a sharp looking set of 17-inch alloy wheels on 225/65 all-season tires, which actually come standard on EX models.

Inside, the CR-V Touring is quite luxurious for the class, with a big, bright set of primary gauges in front of the driver, featuring an innovative speedometer needle that doesn’t interfere with the multi-information display at the very centre, followed up by a comprehensive set of easy-to-use switches and buttons on the steering wheel spokes (and within the left lower cutout). A large full-colour touchscreen houses the infotainment system along with a great sounding stereo, user-friendly navigation system and backup camera, the automatic HVAC system just below using its own LCD display. Overall the cabin is pleasingly laid out and put together very well, although it lacks any soft-touch surfaces other than the door inserts and armrests. The driving position is excellent, however, allowing a tall viewpoint for great visibility all-round. The comfortable driver’s seat is 10-way power adjustable in EX-L trim and above, and the leather-trimmed surfaces of the front seats are heated for cold winter days.

The rear seat of all CR-Vs is worth bragging about, incorporating what I think is the best 60/40-split seatback lowering mechanism in the segment. Just pull a cargo wall-mounted lever and the bottom cushion flips up and forward, the headrest drops down, and then the seatback lowers completely to produce a totally flat load floor, and it all happens instantaneously. It’s so slick that I’m willing to guess you’ll do it more than once just to see it in action. Just don’t gloat to friends with lesser SUVs. The jealousy won’t work in your favour. When the seats are lowered the CR-V can manage a significant load of up to 2,007 litres, but then again it’s still impressively accommodating with the rear seatback upright at 1,054 litres.

Practicality is one of the key reasons people buy into the compact crossover class, and some of the CR-V’s features help to make it much easier and nicer to live with. Standard with the base LX is a five-speed automatic transmission, tilt and telescopic steering, a six-way manually adjustable driver’s seat, power windows and door locks with remote entry, heated folding power side mirrors with an integrated expanded-view driver’s mirror, auto-off headlights, intermittent wipers, filtered air conditioning, Bluetooth phone connectivity with streaming audio, a multi-angle rearview camera with guidelines, a four-speaker 160-watt AM/FM/CD audio system with MP3/WMA playback, auxiliary and USB ports, illuminated steering wheel controls, text message functionality, cruise control, a handy conversation mirror/sunglass holder combo, a rear seat centre armrest, 16-inch steel wheels with covers on 215/70 all-season tires, an Econ mode to help save on fuel, hill start assist, four-wheel disc brakes enhanced with ABS, electronic brakeforce distribution and brake assist, plus traction and stability control, tire pressure monitoring, a full assortment of airbags and more for $25,990 in FWD plus about $1,800 (depending on your province) for freight and pre-delivery prep fees, or $28,290 for AWD.

Lastly, top-line Touring trim, as tested at $35,390 plus freight, adds an auto-dimming rearview mirror and navigation, plus the previously mentioned items.

With no turbochargers or direct-injection the engine isn’t the most advanced four-cylinder in its segment, Honda making do with a tried and tested dependable design that delivers decent enough performance and fuel economy that’s on par with most of its peers. Likewise the five-speed automatic transmission is one cog fewer than some others in this class and devoid of any manual mode actuation. Claimed fuel economy for FWD models is 9.0 L/100km in the city, 6.4 on the highway and 7.8 combined, while AWD models are said to achieve an estimated 9.2 city, 6.6 highway, and 8.1 combined. Of course, Canada’s EnerGuide rating system was never designed with real world results in mind (although it’s quite useful for comparison purposes), so until Transport Canada institutes its new rating system for 2015 models later this year, we’re best to use metric converted U.S. EPA results, which are 10.2 L/100km in the city, 7.6 on the highway and 9.0 combined in FWD and 10.7 city, 7.8 highway and 9.4 combined with AWD.

At the end of my test week I was once again reminded that there’s absolutely nothing wrong with Honda’s CR-V, and a lot of things very right with it. It truly is one of the easiest, most comfortable vehicles to drive. As mentioned it’s not particularly sporty, but that was part of its design. It’s not about how fast you get there, but rather about how relaxed you are when you arrive, and of course how much stuff you can bring along with you. The 2014 CR-V Touring has all that covered and more.
©(Copyright Canadian Auto Press)
Car Shopping Tools