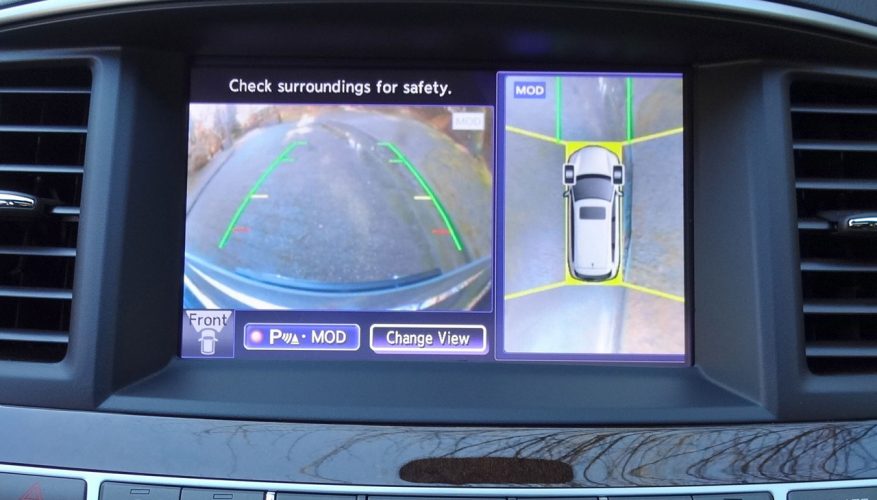 By: Simon Hill
If the IIHS (Insurance Institute for Highway Safeway) has it’s way, all new vehicles sold in the U.S. – and likely by extension in Canada as well – will be required to have backup cameras by 2017. The institute recently completed a study showing that backup cameras reduced collisions with a stationary child-size dummy by more than 40 percent.

When a mobile child-sized dummy was moved across the vehicle’s backing path, drivers were better able to see and avoid it, with few of them hitting the moving dummy, and the camera and sensors providing no significant benefit.

The NHTSA (National Highway Traffic Safety Administration) has long been concerned with rearward visibility and backup accidents. Its own data shows that about 292 people are killed each year in backup accidents – including 100 children younger than five – with another 18,000 injuries. The agency estimates that using cameras could reduce the death toll to between 95 and 112 people annually, while also preventing as many as 8,374 injuries. Despite this, the agency delayed making formal rules related to rearward visibility in 2007, even though Congress and the Bush administration authorized the implementation of such rules.

The push for fuel-efficient aerodynamic designs has made the use of cameras even more important, because aerodynamic features such as steeply sloped rear windows and high trunk decks tend to reduce rearward visibility – the IIHS noted that a Hyundai Sonata has a 42-percent larger blind spot than a Ford F-150 pickup truck.

Referring to the NHTSA’s backup accident statistics, IIHS executive vice president and chief research officer David Zuby said that, “Right now, cameras appear to be the most promising technology for addressing this particularly tragic type of crash, which frequently claims the lives of young children in the driveways of their own homes.”

A new NHTSA rearward visibility rules proposal was sent to the White House for review in January, and the IIHS study adds strong support to the proposed rule requiring backup cameras. In addition to this, the IIHS has also urged the NHTSA to require that a certain minimum amount of space around a vehicle be directly visible using backward glances and mirrors. "Having an available rearview video system on a vehicle model should not justify design choices that restrict direct visibility around the vehicle," the institute commented.