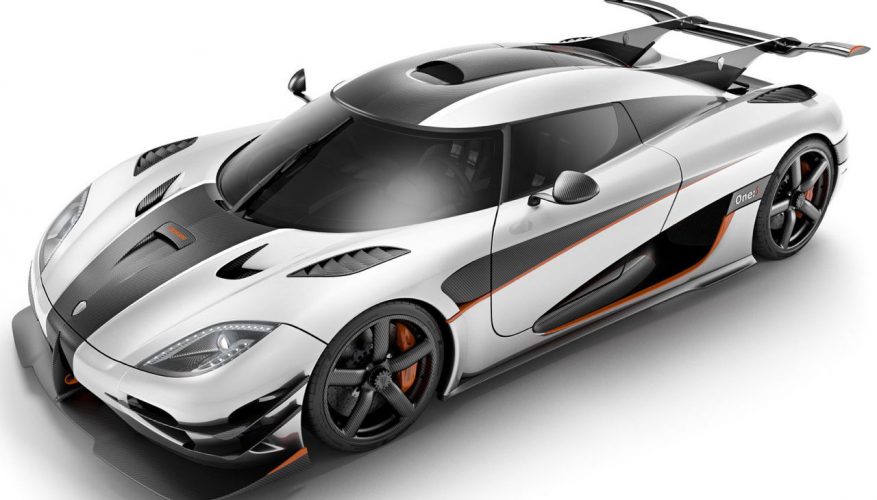 By: Simon Hill
Amongst all the sensible city cars and hatchbacks and green-thinking hybrids to be presented at the International Geneva Motor Show, one car stands out as entirely unconcerned with fuel economy, cargo space or other dully practical considerations. Instead, the Koenigsegg Agera One:1 is all about power and speed. Massive power and stupendous speed.

Making its official debut at the show, the Agera One:1 will deliver an astounding 1,322 horsepower and 1,011 lb-ft of torque from its twin-turbocharged 5.0-litre V8, enough to push the car to a claimed top speed in excess of 450 km/h – faster than a Bugatti Veyron and faster than the Hennessey Venom GT.

The power will be transmitted to all four wheels via a seven-speed dual-clutch gearbox with an electronically-controlled differential to help ensure maximum grip. As with previous Koenigseggs, the body and chassis will be built of carbon fibre, with Koenigsegg claiming a further 20-percent reduction of mass thanks to new production methods. The company is using some sophisticated technologies for the car’s build, including 3D printing for several components.

Designed as much for the track as the street, the Agera One:1 is equipped with active body controls including automatic ride height and suspension stiffness adjustments, a fully active aero system with independent right and left front flaps and a hydraulically-actuated dual-plane rear wing. Active telemetry gear will allow drivers to review performance on the street and track.

Koenigsegg says the Agera One:1 – so named for its power-to-weight ratio of one horsepower for every kilogram of weight – won’t just be a supercar, or even a hypercar, but will be the world’s first "megacar". Unfortunately for the Swedish manufacturer, any records the car sets won’t technically be production car records because you must build at least 30 cars to qualify as a production vehicle and Koenigsegg only plans to build six of the US$2.9 million machines. And if you want one, you’re out of luck – all six are already spoken for.