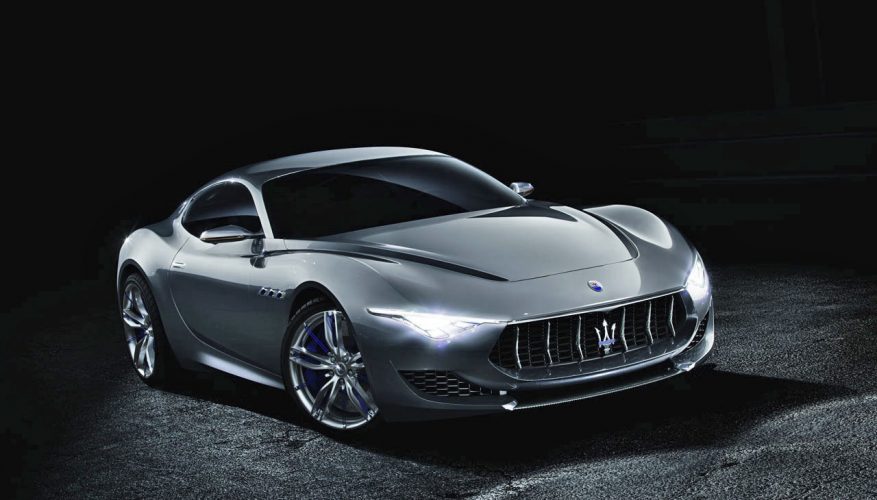 By: Simon Hill
If you want to really grab attention at an international motor show, the formula is easy: create a stunningly beautiful car. Maserati understands this, and stole the show in Geneva with its sensuous 2+2 Alfieri Concept coupe.

More than just a pretty face, the concept is in fact a fully functional prototype that according to Maserati "says much about the design DNA of future Maseratis." Designed by a small team working in Maserati Centro Stile under the lead of Marco Tencone, the concept was named for Alfieri Maserati, the most prominent of the Maserati brothers and founder of "Officine Alfieri Maserati" in Bologna a century ago.

Underpinning the concept is the same naturally aspirated 4.7-litre V8 as in the GranTurismo, hooked up to a six-speed electro-actuated gearbox, although Maserati CEO Harald Wester said that the Italian automaker may consider offering both V6 and V8 engine options if a production version is built. He also said to expect a "super lightweight chassis."

Sportier in character than the GranTurismo coupe, the Alfieri is a reminder, Maserati says, of the brand’s racing heritage and tradition in exotic GT cars. "The Alfieri is a transition point between 100 glorious years of history and the future that is opening up before us," said Lorenzo Ramaciotti, Fiat Chrysler’s global design chief and the mastermind behind the project. "I sincerely can’t say that we’ll see this car in production in two years time, but I’m certain we’ll see something very similar."

If the car is produced, it won’t replace the GranTurismo, which is itself set to be redesigned in the near future, but will be offered alongside the bigger coupe, much like the Ghibli sedan coexists alongside the larger Quattroporte.
©(Copyright Canadian Auto Press)
Car Shopping Tools