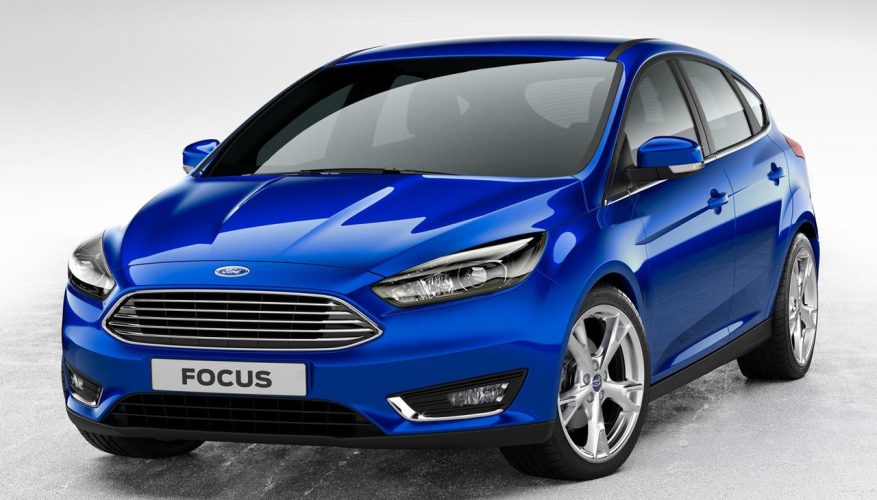 By: Simon Hill
Getting a jump on the upcoming International Geneva Motor Show, Ford chose the Mobile World Congress in Barcelona to reveal its updated 2015 Focus compact. The current third-generation Focus was introduced in 2010 for the 2011 model year, and the revisions for 2015 represent a mid-cycle refresh.

The changes include a restyling that Ford says "reflects the One Ford global design language." In practice this means the Focus gets a new front fascia with the same Aston Martin inspired trapezoidal grille as the Fusion and Fiesta, as well as slimmer front headlights and more rectangular fog lights. The hood has also been restyled to offer a more sculpted look, while at the back the trunk lid and rear light clusters have been revised.

Under the hood, the 2015 Focus will be available with Ford’s award-winning 1.0-litre Ecoboost three-cylinder engine, which is currently available in North America only in the Fiesta. The 1.0-litre engine will be offered alongside the base 2.0-litre GDI I-4 engine.

“The 1.0-liter EcoBoost engine is proof that excellent fuel economy and performance can come in one package,” said Raj Nair, Ford group vice president, global product development. “Focus is already known for bringing together efficiency and fun, and our latest addition will bring consumers a whole new level of enjoyment – on the road and at the pump.”

Inside, the 2015 Focus gets a completely revised interior with new technologies including standard rearview camera (this was previously an option), enhanced SYNC AppLink, available Blind Spot Information System, and lane-keeping system. In Europe the Focus will also get Perpendicular Parking (an upgrade to the existing Active Park Assist parallel parking system), and North American customers can expect to see that technology available here in the near future.

What won’t be coming to North America, at least not in the foreseeable future, is the wagon variant shown in Barcelona – the North American market will continue to only get the four-door sedan and five-door hatchback.