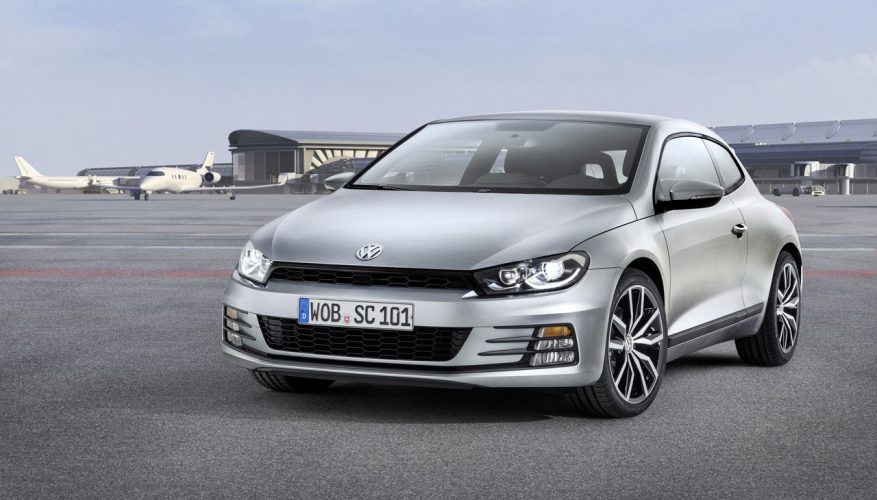 By: Trevor Hofmann
Remember the Scirocco? In the mid-’70s and early ’80s it was Volkswagen’s sportiest offering around the globe, even here in North America. It was so successful that it caused a lot of imitators to follow suit, from the Honda Accord Coupe and later the Prelude, to the Isuzu Impulse and the list goes on and on. So, now that the Scirocco has been back on European roads since 2008, why hasn’t it made it across the Atlantic to North American markets?

That’s a question Volkswagen’s officials can’t even seem to answer, at least not convincingly. The two-door sports coupe is nevertheless one of the darlings of Volkswagen’s overseas lineup, and for 2015 it will get a full redo so that it doesn’t lose its savour with its many faithful fans. The revised Scirocco will soon debut at the upcoming Geneva auto show, with the biggest news hiding under the hood.

Six direct injection engines will be available, including four gasoline-powered mills and two turbo-diesels. Performance will range from 125 to 280 horsepower, the latter in the top-line Scirocco R, with all but the sportiest versions of the car including a fuel-efficient idle-stop system that shuts the engine down when it would otherwise be idling. Volkswagen claims the 2015 Scirocco engine range is 19 percent more efficient than the outgoing lineup, whereas all six mills get performance boosts from 3 to 20 horsepower.

Visual changes include new front and rear styling, plus new halogen or HID headlamps, depending on trim, as well as unique aerodynamic “blades” at both corners of the front bumper to enhance airflow. The Scirocco’s rear design features standard LED taillights, a new deck lid and a sporty black diffuser integrated into the rear bumper.

Like the exterior, the new 2015 Scirocco’s interior gets an update too, with a new instrument panel that gets visually framed by a Golf GTI-inspired steering wheel, albeit a retro-styled one we haven’t seen for a while. The overall look and feel of the cabin should be more appealing to performance/luxury personal coupe buyers, much thanks to better quality materials such as available Alcantara, plus the new Scirocco will be more utile due to a few additional storage bins, like the one next to the handbrake lever.

While we shouldn’t look for a new Scirocco at our local Volkswagen dealership anytime soon, if you happen to be visiting the old world anytime after August, when the new 2015 model hits the road across Europe, enjoy.
©(Copyright Canadian Auto Press)
Car Shopping Tools