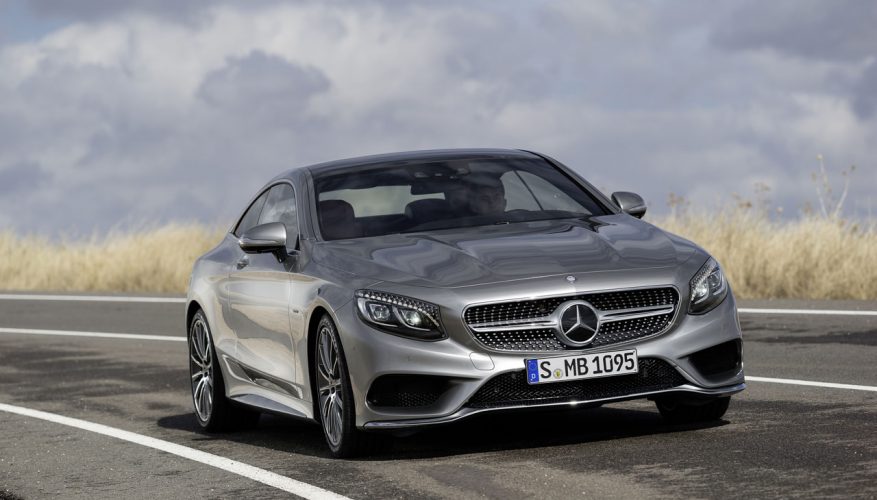 By: Simon Hill
With a month to go before its world debut at the Geneva auto show, Mercedes-Benz has revealed official photos and details of the 2015 S-Class Coupe. The new car replaces the CL-Class Coupe in the lineup, but the name change doesn’t represent any real change in direction for the German automaker’s flagship coupe: The CL itself replaced S-Class Coupe for the previous generation, so the new name is actually the old name.

Either way, the car is a two-door version of Mercedes-Benz’ big S-Class Sedan. "The large coupe has always been the supreme pinnacle of our model range and that’s why it’s now called the ‘S-Class’ again," said Ola Källenius, manager of sales and marketing at Mercedes-Benz.

Externally, the production version of the 2015 S-Class Coupe looks almost identical to the Concept S-Class Coupe that Mercedes showed at the 2013 Frankfurt auto show. According to Mercedes-Benz, the lines are deliberately reduced to the basics in an effort to create a "sensual, timeless purity." This translates to a car with clear, deeply sculpted contours and smooth surfaces.

The bodywork displays Mercedes’ characteristic dropping line, and design details include aggressively flared rear fenders, horizontal LED taillights, and a distinctively sloped front fascia with LED character "eyebrows" above the headlights. In addition to the standard LED Intelligent Light System, unique headlamps are available with no less than 47 Swarovski crystals.

Mercedes’ big coupe has always been lavishly appointed, and the 2015 S-Class Coupe promises to continue that tradition. An exclusive new feature included on the car is what Mercedes calls active curve tilting. Available as part of the Magic Body Control package, active curve tilting uses a stereo camera behind the windscreen to see upcoming curves, and then adjusts the suspension to lean into the corner up to 2.5 degrees, a bit like a motorcycle, reducing the sensation of being thrown sideways in the corner. "The object" says Mercedes, "is not to reach higher speeds, but to produce a more pleasant motoring experience." Other available features include optional heads-up display and Magic Sky Control that can change the transparency of the panoramic roof at the press of a button.

For the North American market the S-Class Coupe will be sold as the S550 and will feature a 4.7-litre engine producing 449 horsepower and 516 pound-feet of torque. Differentiating it from the S-Class Sedan, the Coupe will get a sportier sounding exhaust than the sedan, and will include the 4Matic all-wheel-drive system as standard equipment. Pricing is expected to be announced in the fall of 2014.