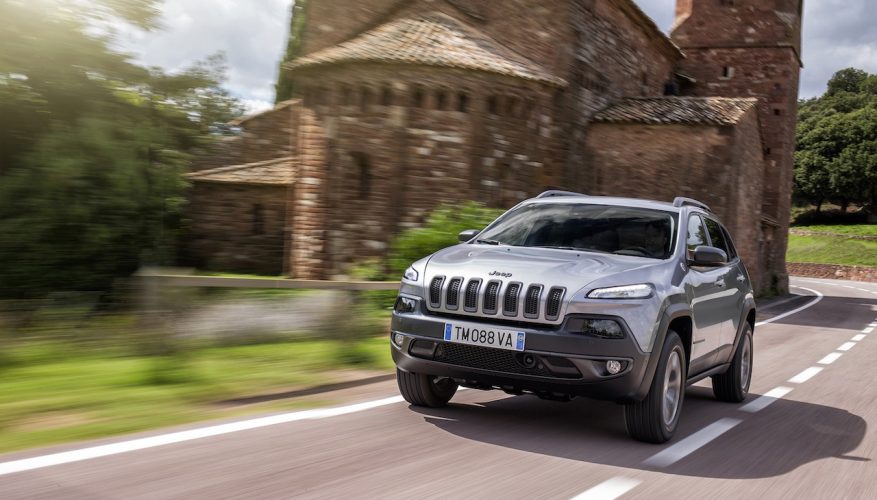 By: Simon Hill
Diesels are becoming increasingly popular in Canada, and while European brands have led the way, the domestic marques are starting to catch up. Chrysler, now known as Fiat Chrysler Automobiles, has already launched diesel versions of its Ram 1500 pickup and Jeep Grand Cherokee, and now a new diesel-powered Jeep will be joining the lineup, sort of.

Unfortunately for Canadian diesel fans the 2014 Cherokee Diesel won’t be debuting at the Chicago Auto Show for sale in North America, but will instead be debuting at Geneva Auto Show in March for sale – initially at least – only in Europe. It does, however, raise the possibility that a North American Cherokee Diesel might eventually be offered here to replace the old Liberty Diesel.

With the exception of a few minor tweaks to satisfy European regulatory requirements, the Cherokee offered across the Atlantic will be essentially identical to the version offered here.

Under the hood, however, overseas buyers will get much more choice, with European customers able to choose between three engine options. The first option is the same 3.2-litre V6 Pentastar gasoline engine sold in North America, which delivers 272 horsepower and 232 lb-ft of torque and is hooked up to a nine-speed automatic transmission (Russian and Middle East markets get the smaller 2.4-litre Tigershark inline-four).

The other two options are both efficient diesel powertrains: either a 2.0-litre MultiJet II turbo diesel producing 140 horsepower and 258 lb-ft of torque and mated to a six-speed manual transmission, or a more powerful version of the same engine that cranks out 170 horsepower and 258 lb-ft of torque and comes paired with the same nine-speed automatic offered with the gasoline engine. Both diesels will feature new stop/start technology that can automatically shut down the engine while idling and then start it back up when the driver’s foot lifts off the brake.

The European Jeep Cherokee will be offered in both front- and all-wheel-drive configurations, in Longitude and Limited trim levels. For serious off-roaders, Jeep will also offer the “trail-rated” Trailhawk package.