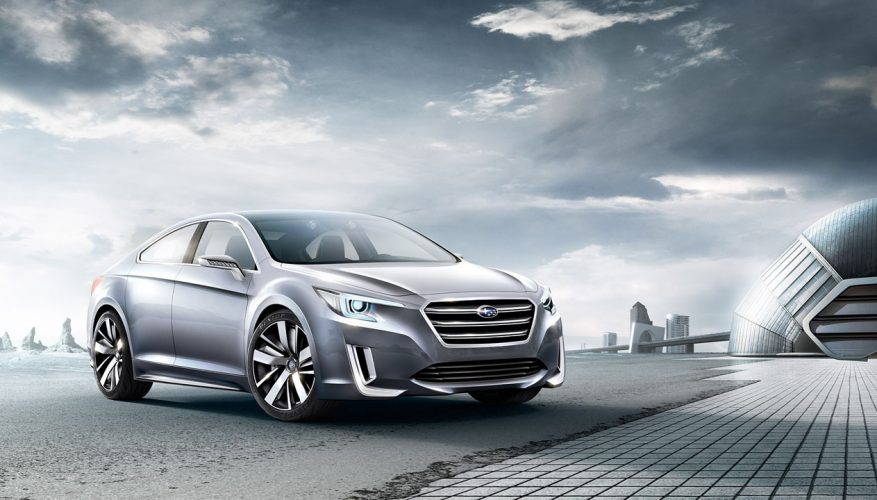 By: Simon Hill
With only a week to go before the opening of the Chicago Auto Show, Subaru decided to get a jump on the excitement by offering a sneak peak at its new Legacy sedan. The sixth generation of Subaru’s mid-size four-door will debut at the show on February 6.

The teaser image was accompanied by only the briefest of statements, indicating that the "the all-new Legacy offers a sleeker, more coupe-like profile with a faster windshield rake angle and narrower A-pillars that create a sporty and modern sedan."

What is clear from the teaser image is that the production version will stay very close in profile to the Legacy Concept shown at the 2013 Los Angeles Auto Show, and will also get flared wheel arches similar to the Concept. Less clear is whether it will also retain the Concept’s aggressive front end treatment with its "hawk-eye" headlights and hexagonal grille.

The Legacy’s update comes just in time for the all-wheel drive sedan’s 25th anniversary. The Legacy is a niche player in the hard-fought mid-size sedan market, but it has a strong sales record and has helped Subaru steadily gain ground in recent years during the worst of North America’s recession.