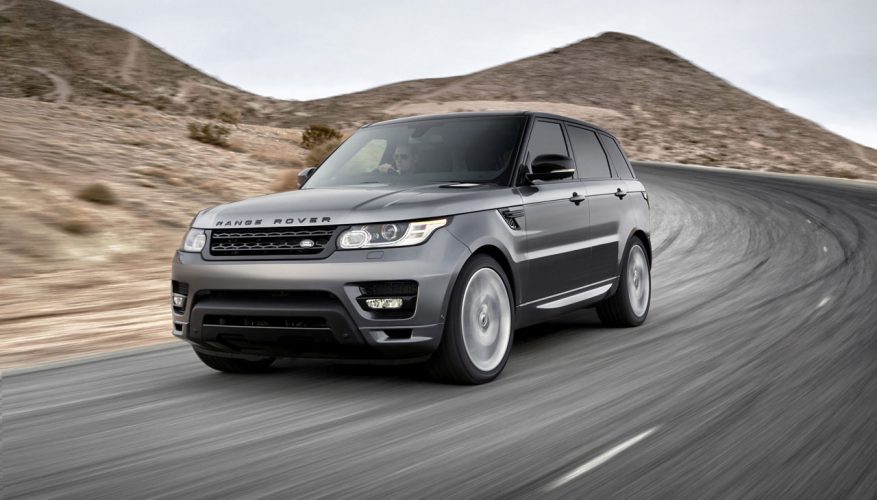 By: Lyndon Conrad Bell
If you’ve already read my BMW X5 article from a few days ago, you should know when Land Rover introduced the Range Rover Sport back in 2005 the market success of the BMW was one of the catalysts driving its development. The BMW X5 and Porsche Cayenne had demonstrated one-percenters would go for a luxury SUV with outstanding power and handling on the street. Further, those models had demonstrated-for a certain segment of that demographic-off-road capability was truly secondary.

Of course, prodigious off-road capability is an integral aspect of Land Rover’s DNA; no way the company was going to do a fast SUV that wouldn’t hold its own on Telluride’s Imogene trail or Moab’s Poison Spider Mesa, let alone the 65,000 acres of unspoiled nature in the heart of Quebec’s Laurentian Mountains that surround the Fairmont Le Château Montebello where Land Rover Canada houses its off-road driving school. Thus, the original Range Rover Sport was engineered to scream on the street just as well as it would relentlessly traverse untamed terrain. Based as it was on the then-current standard Range Rover, this meant that the first Range Rover Sport was a heavy proposition.

Fortunately, Land Rover went to aluminum for the Range Rover when it redid the model for the 2013 model year, so this new Range Rover Sport became an aluminum intensive vehicle too. The result is a 2014 Land Rover Range Rover Sport that can boast outstanding performance both on the road and off, along with exceptional handling and remarkable fuel economy.

On the styling front, the 2014 Range Rover Sport has a distinct appearance, somewhat reminiscent of the new Range Rover Evoque. With its newfound sleekness, this latest model actually looks fast-which it absolutely is.

What’s more, the new interior treatment has a richness of appearance, wholly befitting one of England’s top luxury marques. Plush is the watchword here, with a sporting edge totally in keeping with the dynamic characteristics of the sportiest Range Rover model.
The original Range Rover Sport used quite a bit of plastic in the interior, but this has been replaced by soft surfaces for the key touch points around the cabin. Additionally, the décor is comprised of extremely fine leather, richly polished wood, and a munificent offering of aluminum trim. And while it sounds like a lot, when it’s all blended together the result is suitably understated, yet opulent.

Two engine offerings are provided; the Range Rover Sport SE runs a supercharged 340-horsepower, 3.0-litre V6 engine capable of 332 ft-lbs of torque. The Range Rover Sport Supercharged gets a 510-horsepower, 5.0-litre V8 engine capable of whirling out a prodigious 461 ft-lbs of torque. An eight-speed automatic transmission funnels engine output to all four wheels regardless of the engine chosen.

Much to our delight, both models-also regardless of your engine choice-go like vehicles less than half their size. The idea of an automobile with the girth of the Range Rover Sport doing the things it can do dynamically is almost surreal. Fact of the matter though, the 2014 Range Rover Sport is one extremely capable vehicle-both on the road and off. Acceleration is near endless in its abundance, while road holding is absolutely otherworldly.

Bottom line, Range Rover Sport is one seriously amazing auto to drive. Even better, the interior is outstandingly plush, the exterior styling is the sleekest we’ve ever seen on a full-size Range Rover, and of course the prestige factor remains positively assured. Nothing else is a Range Rover.

If you are one of those drivers for whom only the most prestigious will do; in this category it’s Range Rover or nothing at all. Yes, the Porsche and BMW are similar, but they’re nothing like it, nowhere near.