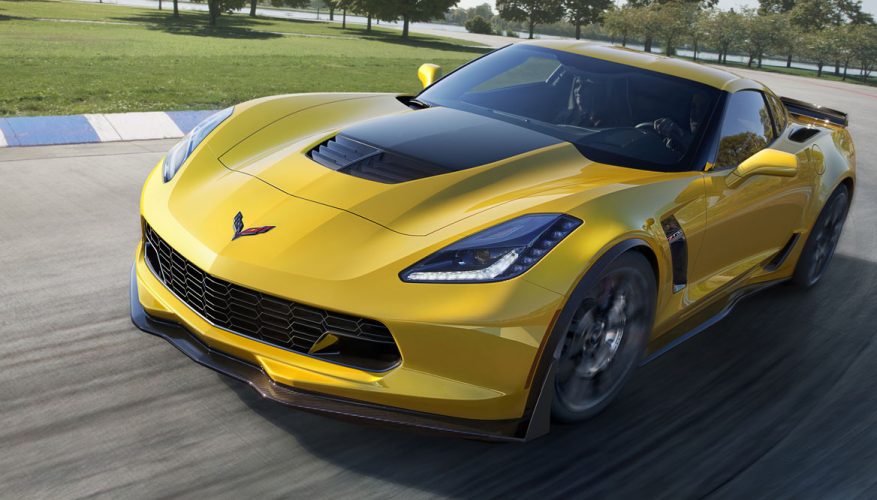 By: Simon Hill
Despite frigid temperatures and blowing snow, the North American International Auto Show closed out its final weekend with the best turnout in over a decade. In all, organizers said that 803,451 paid visitors attended the show at Detroit’s Cobo Center, as well as 5,169 journalists and hundreds of senior industry officials.

The show saw over 50 major automotive debuts, including Ford’s new aluminum-intensive F-150, the new Chrysler 200, Toyota’s FT-1 sports car concept, Kia’s GT4 Stinger Concept, and BMW’s new M3 and M4, plus many others. Among all these debuts, the new Chevrolet Corvette Z06 stood out as a definite highlight.

Chevrolet is calling the 2015 Corvette Z06 "the most track capable Corvette in the brand’s history." It features a supercharged 6.2-litre engine that is expected to deliver a whopping 625 horsepower and 635 lb-ft of torque, and is the first supercharged engine offered in a Z06. It can be matched to either a seven-speed manual transmission with active rev matching, or an all-new, high-performance eight-speed automatic transmission with paddle shifters.

An aggressive aerodynamics package develops generous amounts of downforce to keep the car glued to the road in corners and stable at speed, while larger vents provide more cooling air to the engine, transmission, differential, and brakes for increased track capability. The brakes themselves use massive Brembo six-piston calipers at the front and four-piston calipers at the rear.

For those who want even better aerodynamic performance, there’s also an available carbon-fibre aero package that adds a larger rear spoiler, a carbon fibre front splitter with winglets, and carbon fibre rocker panels. Stepping up another notch is the Z07 package with larger winglets on the front splitter and an adjustable see-through centre section on the rear spoiler for track use. This package produces the most downforce of any production car that GM has tested.

While the new Z06 will be track-capable right out of the box, it doesn’t give up efficiency or fun to get there: The LT4 engine features direct injection, active fuel management (in the form of cylinder deactivation), and continuously variable valve timing to allow it to deliver good highway fuel economy, while the car’s exceptionally strong new aluminum frame allows the Z06 to be offered with a removable roof panel for the first time.

“Our mission with the seventh-generation Corvette was to make the performance levels more accessible, enabling drivers to exploit every pound-foot of torque, every “g” of grip and every pound of downforce,” said Tadge Juechter, Corvette chief engineer. “It’s a philosophy we introduced with the 460-horsepower Corvette Stingray – and one that’s even more relevant with an estimated 625 horsepower at your beck and call.”