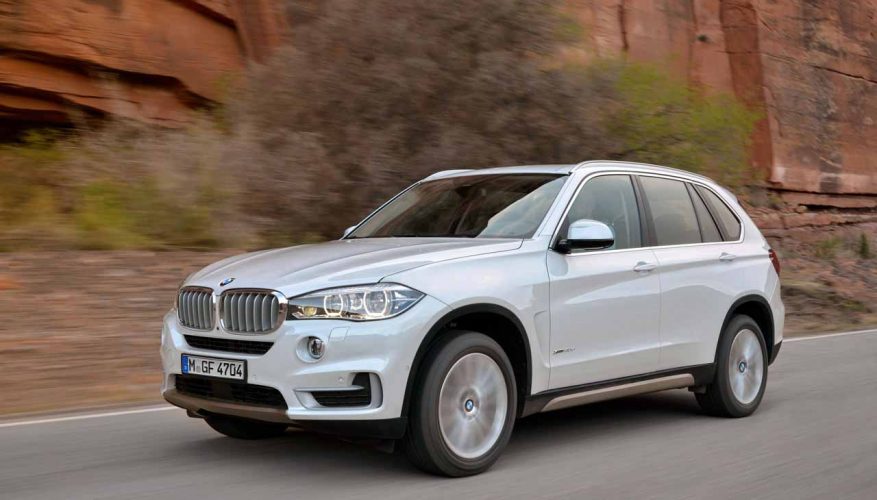 By: Lyndon Conrad Bell
Arguably the benchmark in its class, the BMW X5 was the first automobile to marry the attributes of a sport utility vehicle with the driving dynamics of a fine sports sedan. The result became a best seller and ushered in a whole new set of sensibilities. So successful was the BMW X5, the model quickly spawned a raft of imitators-some of them quite brilliant actually.

Interestingly, when the X5 was introduced, BMW’s marketing team, in its effort to expand upon the concept of the SUV in order to convince consumers the X5 was indeed something different, latched onto the Sport Activity Vehicle moniker-rather than allowing the model to be considered a sport utility vehicle. This was primarily because the BMW was the first vehicle of its type designed to perform more adroitly on the street than on trails and rugged terrain.

Some 15 years later, the first BMW to be built in North America, and the world’s first Sport Activity Vehicle has evolved considerably-yet steadfastly maintained its core competencies. For 2014, the X5 has a slimmed down exterior appearance, harbouring a more luxe oriented interior, albeit covering a lot of the same mechanicals. It is now more handsome, while still a reasonably sized, terrific handling vehicle. The BMW is also now capable of optionally seating seven (in a pinch).

Inside, the new X5 benefits from more premium materials. Further, the design stretches the horizontal lines as far as possible to enhance the impression of spaciousness. The three-level dash treatment adds more texture, as well as more substance to the look. The seats are finished with a multi-paneled upholstery treatment, giving them a richer, more substantial look, while multicoloured ambient lighting imbues character to the passenger cabin after dark.

On the technology front, the BMW iDrive system has been updated to incorporate a Touchpad system. Integrated into the top of the iDrive controller, it permits phone numbers, contact names, and addresses to be written out directly. It can also be used to zoom in and out on the map in the navigation system-as well as set parameters for the audio system. While we’re on the subject of the navigation system, in addition to the usual directional information, it now provides speed limit intel too.

We’ve driven both gasoline-fired powerplants and can report they are extremely competent at what they do. We will say while the six-cylinder demands no undue attention; when you’re sitting behind that V8, you know it. The engine rumbles, grumbles, and even roars – depending upon what you require of it at differing junctures. Mind you, it’s highly mellifluous and not at all disturbing-but it does make its presence known, in a very good way.

While space doesn’t permit us to go too deeply into it, a number of revisions and enhancements to the body structure and the suspension system have both improved handling and made the X5 a quieter automobile. Further, the BMW Dynamic Handling Package and the Adaptive M suspension system promise to improve the X5’s responsiveness even more. The available Driving Dynamics Control even allows you to tailor the way the X5 behaves to the way you feel, or your particular need at any given moment. This is unquestionably a driver-oriented vehicle, but at the same time it is extremely comfortable and family-friendly.