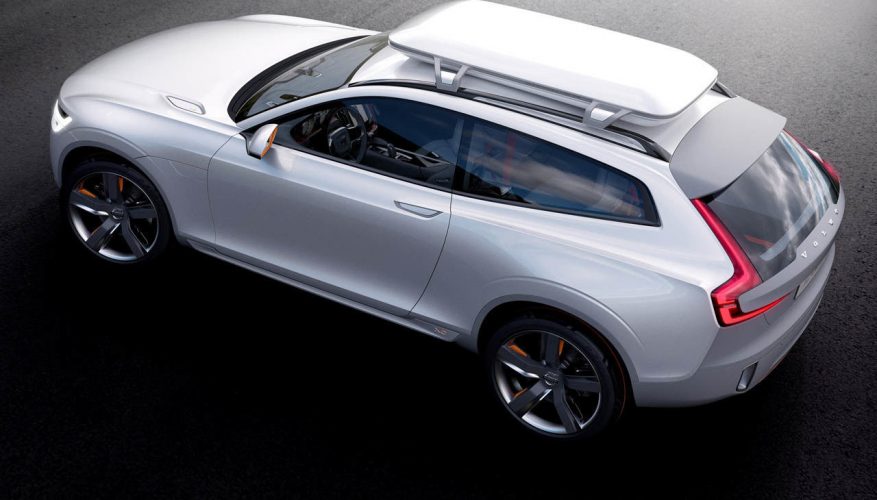 By: Simon Hill
Back in mid-December Volvo leaked out a couple of teaser images of its Concept XC Coupe, together with a few tidbits of information. Now with the North American International Auto Show underway in Detroit the curtain has been lifted on the sporty-looking crossover, but Volvo isn’t spilling the beans about whether the Concept might ever see production or what sort of powertrain it might use.

Given that Volvo, which is owned by Chinese automaker Geely, has said that it will be shifting in the next few years to strictly electric power and four-cylinder engines, it’s easy to imagine the Concept XC Coupe getting a turbocharged four-cylinder powerplant, allowing it to go head-to-head with the similarly-equipped Range Rover Evoque Coupe.

What is known is that the Concept XC Coupe is based on Volvo’s new Scalable Product Architecture (a flexible new platform that will be used for the maker’s mid-range and larger models such as the next-gen XC90) and that Volvo designed it to be "a sophisticated and capable car for people with an active lifestyle."

Emphasizing this, the Concept XC Coupe was shown outfitted with a matching ski box on its roof. The ski box is not an afterthought – according to Volvo the Concept XC Coupe’s design was itself partly inspired by modern high-tech sports gear. "Several orange details and exterior graphics in combination with bold use of matte rubber mouldings, which cover the rear end of the car, add to the highly functional expression of the design," said Volvo’s senior vice president of design Thomas Ingenlath in a press statement.

Like the earlier Volvo Concept Coupe, the front of the Concept XC Coupe sports a "floating" grille flanked by headlights that feature new T-shaped daytime running light guides. The dramatically styled rear lamps are also a distinctive element in the new design direction of Volvo Cars.

Advanced active safety equipment includes a new surround radar system as well as camera technology that can give the car’s automated safety system a 360-degree view of the road.

"Both concept cars show how we can shape our cars from now on. We add emotional value to the Volvo brand with the calm, confident beauty that is the hallmark of Scandinavian design," explained Ingenlath.