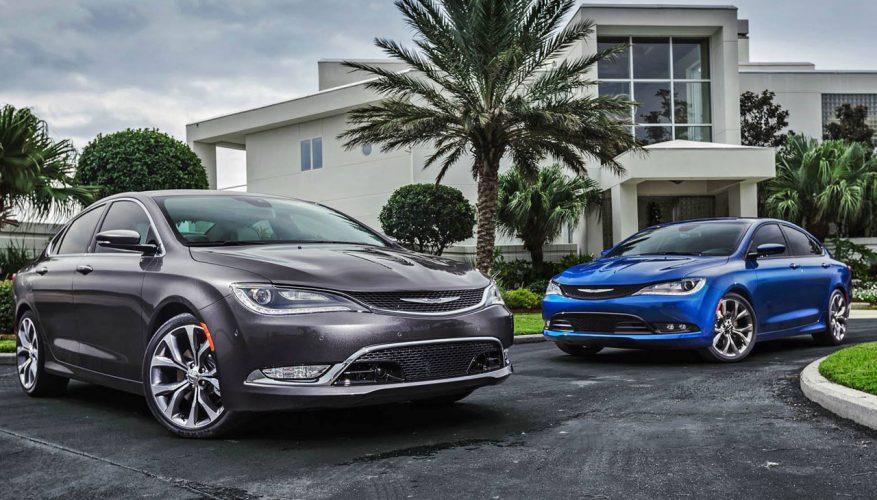 By: Simon Hill
Concept cars may grab all the attention at car shows, but the big news is the introduction of new bread-and-butter models. There’s perhaps no segment that’s as fundamental – and as hard-fought – as the mid-size family sedan market, and at this year’s North American International Auto Show in Detroit, Chrysler officially unveiled its new mid-size 2015 Chrysler 200.

Following in the footsteps of the smaller Doge Dart, and capitalizing on Chrysler’s marriage to Fiat, the new 200 is built on the Compact U.S. Wide (CUS) platform, which is based on the well-received Alfa Romeo Compact Wide platform. This move frees the 200 from its old Chrysler Sebring roots and promises to deliver what Chrysler calls "sporty European handling dynamics and steering precision, with ride and comfort characteristics tuned for North American roads."

Power will come from either a 2.4-litre Tigershark four-cylinder delivering 184 horsepower and 173 lb-ft of torque, or a 3.6-litre Pentastar V6 delivering 295 horsepower and 262 lb-ft of torque. Both engines will be mated to a segment-leading nine-speed automatic transmission. Tearing a page from Jaguar, shifting will be accomplished via a rotary dial.

Stylistically, the new 200 is significantly sleeker and more rounded than its predecessor, with more than a hint of the Dodge Dart’s DNA showing through. Inside, thoughtful touches include an innovative centre console with a pass-through storage space, covered charging station, and sliding cupholders for even more storage space when needed. In addition to these features, Chrysler claims the new 200 will have "the most available safety features in the mid-size market, and state-of-the-art, easy-to-use technology that keeps drivers and passengers connected."

The all-new 2015 Chrysler 200 will be offered in two basic trim levels, LX and Limited, in addition to a premium 200C model and sport oriented 200S model. It will carry a Canadian MSRP starting at $22,495, and is slated to arrive in dealerships this spring.