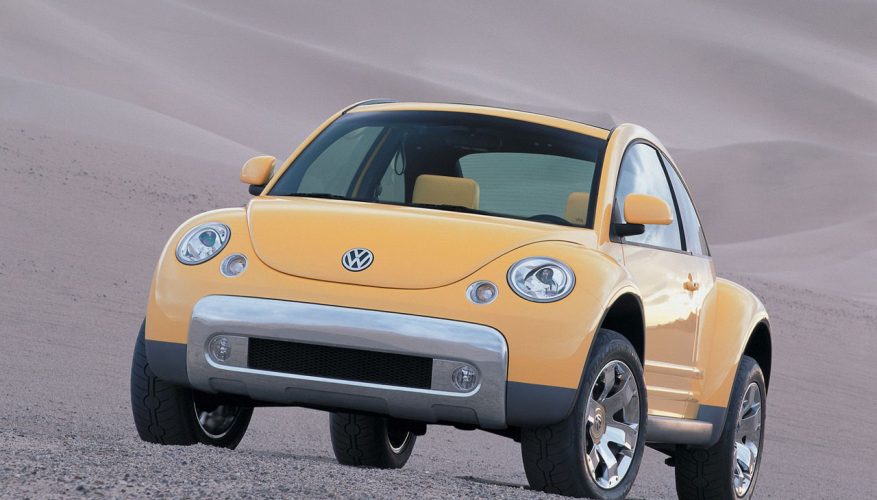 By: Simon Hill
Mini has achieved great success spawning a wide variety of offspring from its original retro hatchback, including updated versions of the classic Mini station wagon (the Clubman) and panel van (the Clubvan), and even a four-wheel drive version (the Countryman). Now it looks like Volkswagen might be thinking of tearing a page from the Mini playbook, with an updated version of the once-popular aftermarket-built "dune buggy" set to debut at the North American International Auto Show in Detroit.

Volkswagen accompanied its announcement of the Beetle Dune concept with a single teaser image and a smattering of technical detail.

The Dune Concept is based on the R-Line Beetle, with its body raised by five centimetres and oversized wheels fitted to provide increased ground clearance. Up front there’s a beefy-looking bumper underguard, with matching underguards at the rocker panels.

Under the hood the Beetle Dune concept retains the R-Line’s 210-horsepower turbocharged 2.0-litre engine and six-speed dual-clutch transmission, driving the front wheels through an XDS locking differential. Underpinning it all is the R-Line’s strut-type front suspension and multilink rear suspension.