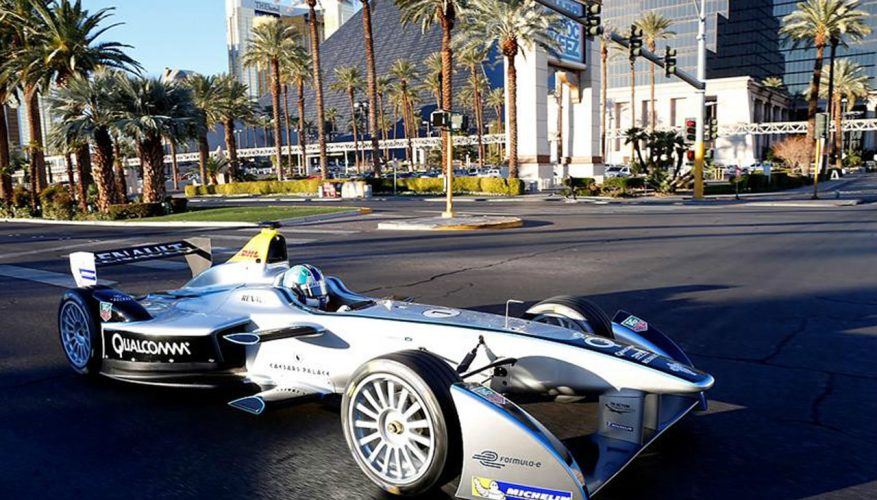 By: Simon Hill
If you hadn’t heard of Formula E before, well, you have now. And you’ll likely be hearing a lot more about it in the months and years to come.

The premise of Formula E is simple: it’s a new fully-electric FIA championship that will compete on 10 city-centre circuits around the globe – including Miami and Los Angeles – beginning in September 2014. Ten teams, each with two drivers, will compete in the series, racing to capture the attention of a new generation of motorsport fans while pushing the development of electric vehicle technology and increasing its overall public acceptance.

Formula E’s racecars are single-seat open-wheel affairs capable of speeds in excess of 240 km/h. The first car was designed and built by French-based Spark Racing Technology together with a consortium of leading motorsport names including Dallara (chassis), Williams (battery design), McLaren (powertrain and electronics), Renault (overall system integration) and Michelin (tires). The first Formula E car was unveiled in September, and since then it has been undergoing testing and making public appearances in static displays.

Now, at the Consumer Electronics Show in Las Vegas, the Spark-Renault SRT_01E has finally been shown in action, entertaining fans with cruise down the famous Las Vegas strip and a high-speed display around the Mandalay Bay Resort & Casino. It later wowed journalists and onlookers with a demonstration of burnouts and donuts. The event was held together with Formula E founding partner Qualcomm Incorporated.

So what does the Spark-Renault SRT_01E sound like? Like a very big and very powerful remote control car, but with much louder tire squeal. And what is it like to drive? Fast and torquey, according to driver Lucas di Grassi, who was formerly with the F1 circuit. “[Due to] the amount torque it generates, even if the horsepower is not as high as with a combustion-engined car, it’s much more precise,” di Grassi explained during a press conference. Zero to 100 km/h takes less than three seconds.

Alejandro Agag, CEO of series promoter Formula E Holdings, said the demonstration was “a very special landmark for the FIA Formula E Championship.” He pointed out that a year ago the series was little more than an idea, but has now developed a car and has signed up teams, host cities, and broadcasters. “2014 is a very big year for Formula E with the championship starting in September, so it’s important to be starting on such a positive note.”

The Spark-Renault SRT_01E will be displayed on the Qualcomm stand for the remainder of the CES.